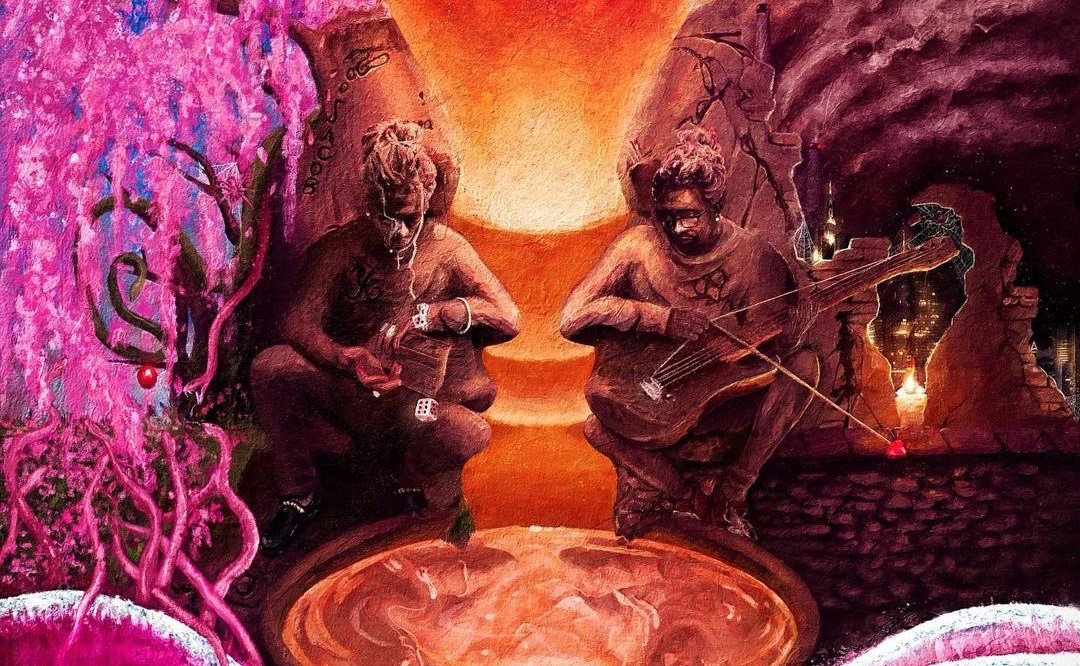 On Punk, Young Thug plays it safe for his standards, serving a consistent take on the most popular production style in hip hop right now.

With such a unique career to his name, it is fair to say Young Thug has earned his spot as one of the most significant faces in modern hip hop. His unpredictability is constantly in play, the key reason why he is a forefather for the trap music of today Despite his innovation, Young Thug has taken some time to reach a commercial peak. Since his commercial debut in Barter 6, Thug’s projects repeatedly underperformed on Billboard (both Jeffery and Beautiful Thugger Girls failed to crack 40K first-week). His first “album”, 2019’s So Much Fun, finally took him to the next level, earning his first number one album and a slew of hits. But sales have never defined Young Thug, nor will it define his latest album.

Punk is not genre-pushing nor new territory for Young Thug, but carries out its ethos to grant minimal, heartfelt ballads.

Granted, the Atlanta native’s second album isn’t as unique as its name implies. Rather what Punk does is pick its pocket and executes it well. Contrary to popular belief, “punk” music is not characteristically loud and abrasive, but rather music that rebels and challenges general expectations. In Thugger’s case, he has consistently pushed forward the trap genre tape by tape. For Punk, he decides to unwind from the hysterics to offer stripped-back ballads with slices of introspection.

Punk sets the precedent from the very start. Opening track “Die Slow” brings out the acoustic guitar, a common theme in the album’s production, coupled with an endearing melody and spoken-word interludes that speak to Thug’s organic recording process. YSL signee Gunna assists the boss on “Recognize Real” and “Insure My Wrist”, both delivering a gentle touch that contrasts from the duo’s usual endeavours. Tracks like these define the core of Punk, tracks that are not pushing the needle but are being performed by an artist that has the range to engage the listener.

The most obvious comparison for Punk is 2017’s Beautiful Thugger Girls (a project dubbed as a mixtape that is very clearly Thug’s studio album). For Beautiful Thugger Girls, Thug embraced country and pop elements that resulted in one of his best projects to date. Punk revisits the same ideas, albeit simplifying the production to be nowhere near the standards of its predecessor. Punk is also more reserved in its songwriting; rarely will you find a popping chorus or sexual fantasies of Thugger Girls. It allows Punk to not be a carbon copy, standing as its own body of work.

Punk ensures to pick up the place in some moments. “Scoliosis” sounds plucked from the So Much Fun sessions, as does “Rich N****a Shit” with the late Juice Wrld. “Bubbly” is Punk at its most eccentric, tackling a beat fresh out the Cirque du Soleil. For once, Travis Scott does not phone in his guest verse, laying a standout performance that elevates the track. The song transitions into an uninvited beat switch and a generic appearance from Drake, who should have performed over the first beat instead.

Consistency is on Punk‘s side, but still comes with a few skips. “Icy Hot” with Doja Cat is a cheap inclusion that offers little to the table. “Livin It Up” struggles to generate any chemistry between Young Thug, Post Malone and ASAP Rocky, each artist distant from the other over the bland production. Elsewhere are passable tracks that are not memorable nor a nuisance to the experience (“Yea Yea Yea”, “Droppin Jewels”).

Along with the acoustic elements, Punk chases the recent trend of moody, piano ballads. Question is, how will these songs age once this era is over? Luckily for Thug, he has pulled off the style better than his peers. But Punk lacks the creativity he has shown on projects like Jeffery and Barter 6. Should Thug have taken the aggressive approach to punk music, there may have been more of a reason to commend Thug.

Punk is far from Young Thug’s most daring effort. Rather, it treads the line of convention and experimentation, consistently warm in sound and brood in expression. His trendsetting days may be over, but least he can follow them precisely.