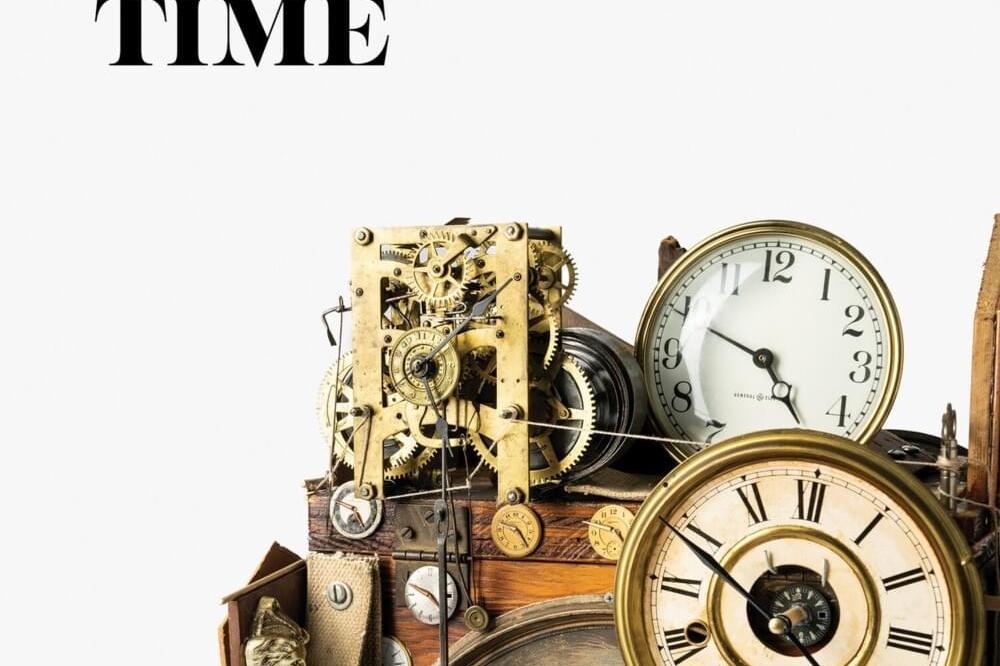 The underground’s most ambitious artist comes through with another thoughtful masterpiece with one of the best concepts the genre has seen in years.

Your Old Droog is easily one of the most obscure artists in the underground scene – in a good way at that. The New York emcee has been dominating the underground scene since his self-titled debut in 2014 and has managed to go on an amazing run of projects since 2019’s It Wasn’t Even Close . Droog has also been staying busy in 2021, dropping two projects, Tha Wolf on Wall St & The YOD Fahim, with close friend and emcee, Tha God Fahim. Every Droog album has a deeper meaning to the art in comparison to the typical beats and rhymes approach that most rappers takes. This allows each project of his to stick out like a diamond in a pile of rocks, and with the latest release, TIME, this don’t change.

Droog spontaneously displays his artistic ability, stretching the never-ending concept of time and applying it to personal experiences & lessons throughout the course of the project.

TIME carries a reasonable number of tracks, executing 15 songs in just 45 minutes. From beginning to end, TIME delivers nothing short of greatness, compiling some of the smoothest beats laced with rugged rhymes and story to play in with the concept. Every individual track contributes to this notion of time, which lines up for a greatly cohesive run.

Normally, Droog’s raspy and rugged delivery combined with his obscure production choices can come off as a bit menacing for a first time listener. However, the atmosphere of this album drastically changes as we see Droog get more personal in these tracks. The emcee has never shied away from including his rough upbringing, but the overall feeling of this project feels more somber in comparison to his other projects. Paired with a more gloomier style to the beats, TIME finds Droog opening up more and getting closer with the music hustle.

The list of features that appear throughout the project consist of a plethora of underground heavyweights. Absolute legends such as Blu and eLZhi contribute phenomenal verses to their respective tracks and hold down the project on their end. However, Droog doesn’t get completely overshadowed by these features and manages to stand his ground, proving yet again he’s one of the elite lyricists of the underground.

One of the various surprises that TIME contains was one that stemmed from its latest single, “Dropout Boogie.” The song contains a posthumous MF DOOM verse (whom has worked with Droog on multiple occasions prior) and switches the beat when transitioning from Droog to DOOM. The atmosphere of the song alone gave listeners a reminiscent taste of DOOM’s quirky sound from the 2000’s. The influence that Droog draws from DOOM’s career has helped the emcee carve his own artistic path so to see the two hop on a track on multiple occasions is satisfying from a fan’s perspective.

Lyrically, Droog has been ahead of the game since his debut in 2014. Half a decade of concepts and collaborations later, the emcee is still running laps around the game. However, TIME catches Droog in a more thoughtful space, delving into the specific stories and experiences that coincide with the abstraction of time. One record that stands out the most is the reflective “Please Listen To My Jew Tape,” where Droog talks about his early encounters with record labels who were either interested in signing him or tried to mold his artistry into a more trendy lane. On this same track, Droog raps the lines: “Waited for the person with the magic wand, but they never sold /whole career been in please listen to my demo mode.” The greatness of this track stems from the reflection of Droog trying to get on early in his career while explaining it through a timeline of the industry.

What many consider to be a detriment to many albums ends up as an advantage to this project. Certain bodies of work get drowned in the conceptual approach that they become unbearable to listen to, but TIME manages to perfectly execute its notion while still being very enjoyable to listen to. This is due to Droog’s relatability throughout the album, sharing specific life lessons through his reflections. One record that this is most apparent in is “Lost Time,” where Droog finds himself reflecting on his wild adolescence and says this music hustle is ‘making up for that lost time’. Certain records like that express personal growth display how much Droog has improved as an artist over time.

Despite the release of two single prior, TIME came as a surprise drop that satisfied many hip-hop heads. Droog may not be the most popular artist with the most streams, but the catalog that the emcee has built over the past decade along with the plethora of co-signs from legends in the culture further proves why you should tap in to the emcees’s vast repertoire of potentially classic material. TIME holds its own weight in comparison to the various projects of the year and comfortably sits in the upper echelon of hip-hop albums released this year.