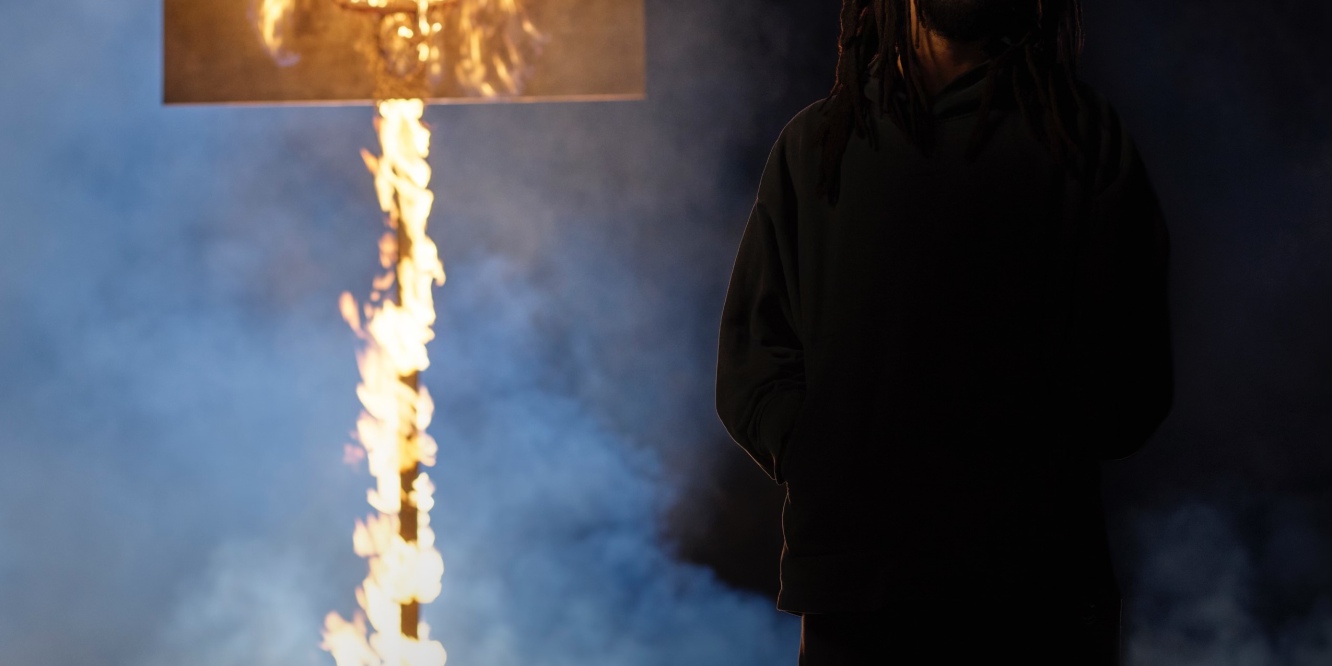 On his first project in three years, J. Cole revives the hunger from the mixtape days to lay a foundation for something greater to come.

Among his generation, J. Cole is grouped in the Big Three alongside Drake and Kendrick Lamar, an ensemble that’s existed since 2014. Though Cole holds classic mixtapes in Friday Night Lights and The Warm Up, the classic album has always alluded him. The closest record to such a status is 2014 Forest Hills Drive, though even that is not unanimously declared a classic outside of its cult base. Throughout his career, J. Cole has released good to great albums, but more recently has put out underwhelming records. Matter fact, you could count on one hand the number of rappers that haven’t had a bump in the road in their career. Yet the bore of 4 Your Eyez Only and the pseudo-conceptual KOD were Cole’s bumps, sparking questions on whether J. Cole will crown his legacy with a critically-acclaimed classic.

The North Carolina rapper announced The Off-Season as a mixtape in 2018. The 2020 EP Lewis Street suggested that The Fall Off release was imminent, but indecision seemed to influence changes to Cole’s conceptual plans.

Now transformed to a studio album, The Off-Season returns to J. Cole rapping prime, excelling when he is not overthinking his art.

The Off-Season loosens the tie around Cole’s neck to relax, unwind and enjoy the art of emceeing. It thus brings Cole’s best rapping since Friday Night Lights. Opening track “95 South” delivers smirking punchlines and one-liners, a track that’s accompanied by the trooping voice of Cam’ron. “Interlude” makes the one-verse format count, one of the many points on the album where Cole exudes the confidence he has in his ability on the mic. The bars and flows remind listeners that J. Cole is no average rapper.

What benefits The Off-Season the most is Cole shedding the urge to create a conceptual album. From the failed attempts with 4 Your Eyez Only and KOD, it is a relief to see J. Cole keep the music straightforward this time around. There is no overarching story to The Off-Season, and it doesn’t need one, as it manages to entertain the listener through Cole’s confident performances, bars and certain production perks.

After three consecutive albums with no features, The Off-Season finally delivers a selective few that went uncredited on release day. “My Life” brings Morray (a ville native known for his hit song “Quicksand”) and 21 Savage on board to recreate the essence of 2018’s Grammy-winning “A Lot”. The song borrows the hook to Styles P and Pharoahe Monch’s “The Life”, which Morray does justice. Lil Baby takes the baton from Cole on “Pride is the Devil”, proving to doubters that he is a capable rapper when he chooses to be. The project is at its most memorable during these moments.

Cole also sheds his addiction to self-producing entire albums. The Off-Season brings Timbaland, Boi-1da, T-Minus, DJ Dahi and more on board to aid his efforts. Solid beats are sprinkled across the tracklist, supercharging the performances of Cole and exposing the flaws of his preceding two albums.

While the credits are refreshing, The Off-Season ends up in stylistic battles; trap beats transition to soulful samples, return back to trap, and end with orchestral boom-bap. As a listener, one is left wondering what sound is Cole really going for here? The answer is pretty much everything.

Unfortunately, Cole has never been an artistic chameleon that can make such an approach work. It results in underwhelming tracks like “Applyin’ Pressure”, “100 Mil” and “Punchin’ the Clock”. For a 12-track album, these songs do not add much value to the listening experience. Neither would they be missed if they were removed from the album, which speaks volumes to their lack of importance to the record. In these moments, The Off-Season sounds more like a mixtape than a full-fledged album.

The best songs, production and performances arrive during the second half, bringing the album back on track. “Let Go My Hand” is the most poignant track of the record, with Cole rapping through a vulnerable stream of consciousness. It is the moment Cole connects with the listener, touching on his anxiety with fatherhood and career insecurities. This song is a reminder that Cole is at his best when sharing personal anecdotes rather than attempting to make surface-level explorations on society.

“Close” channels the themes of KOD much better than any track on KOD did. Closing track “Hunger on Hillside” trades the cockiness for humility, reinforcing that there is more work to be put into his career despite the riches and fame at his disposal. It is this portion of the album that highlights Cole’s best qualities.

It’s clear J. Cole wants to be considered one of the greats. He yearns to be in the same conversations as Jay-Z, Nas and Kanye. Based off his attitudes on The Off-Season he may still feel ‘underrated’, which is why he believes he still has points to prove before the foreshadowed retirement arrives. To enter that echelon, Cole must establish his own musical identity while evolving as an artist. A project like The Off-Season brought the fun back, but its assorted cohesion of sounds is an element that Cole hasn’t corrected since 2014 Forest Hills Drive.

Basketball players use the off season to regain fitness and improve their game. Cole regains fitness by sharpening his pen to prove his spirit is still in rap. Yet amongst its best moments, The Off-Season feels like an appetiser for something greater to come.