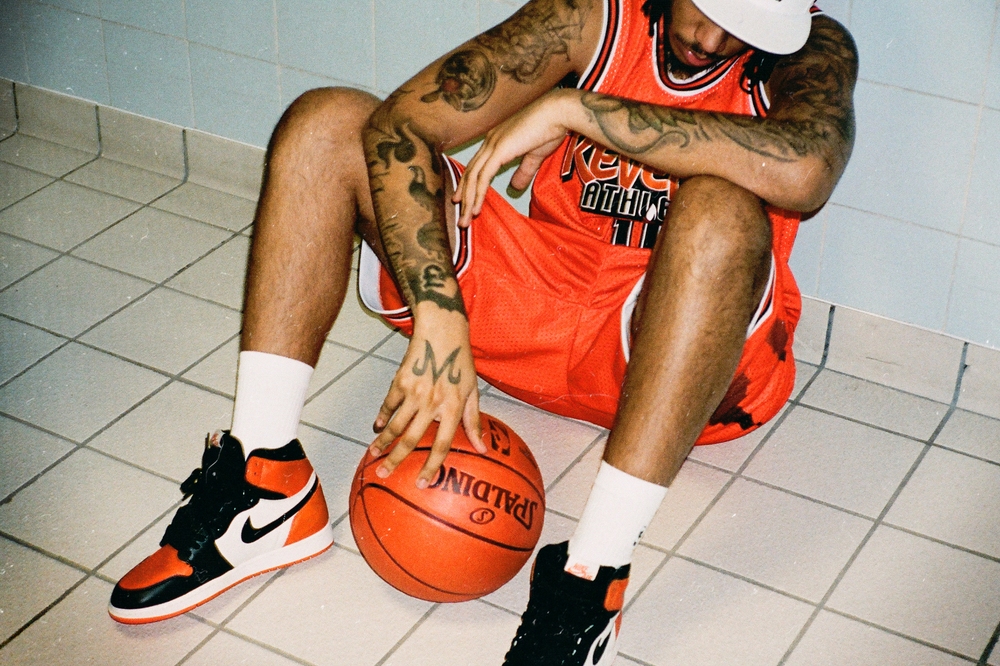 The American scene has always influenced British rap stars. From the most recent generation, it’s fair to say it’s AJ Tracey that has the most fondness for the States. Emerging as a grime emcee in 2015, the West London native evolved to work trap influences into his 2017 self-titled debut. Even collaborations with Jay Critch, Denzel Curry and Tay Keith epitomised Tracey’s infatuation with the heart of hip hop.

Enter Michael Jordan, who the album theme and promotional campaign is modelled on. Tracey’s second album is titled after the nickname for Game 5 of the 1997 NBA Finals where Jordan dropped a 38-point clinic all while feeling sick from food poisoning. Anyone can compare themselves to the greatest basketball icon of all-time, but it is the music that must justify that star status.

On Flu Game, Tracey bags plenty of buckets, discarding the pick-n-mix approach to his debut to give a refined focus on trap production and cocky confidence.

Structurally, Flu Game takes its basketball theme seriously. The 16 tracks are split into four quarters like an NBA game; beginning the game with high energy; carrying his team with solo clinics; flaunting his versatile moves; celebrating the W with a victory lap of hits. Tracey ensures the album does not overindulge in its theme, keeping his eye on crafting catchy trap bangers with solid hooks and vibrant energy.

It is the drill openers that set this energetic tone. “Kukoč” invites Nav into the realm of UK drill, who assists Tracey in forging a bellowing collaboration. “Bringing It Back” with Digga D channels Tracey’s cult favourite “Packages” freestyle to give fans the ‘old Trace-o’. It’s a linkup of West London’s biggest stars, big enough to peak at number 5 on the charts. The track “Cheerleaders” is where Tracey brings the Jordan grandeur, drawing parallels to his lifestyle that only a true superstar can claim (“In my city I’m big, I’m grande but my enemies come like Ariana”).

Flu Game finally works on Tracey’s trap style without boring the listener. Here, the beat selections and hook games have improved massively since his self-titled album. “Anxious” lurks in a Gotham gutter with its ghoulish production, a beat that is elevated by Tracey’s engaging flows and cadence in the chorus. It’s a combination that carries onto “Draft Pick” and “Glockie”. Hearing trap tracks like these, it is clear Tracey has come a long way since the weak hooks of “Necklace” and “Country Star”.

The production may be key to Flu Game, but it’s AJ Tracey’s performances that bag the three-pointers. His rapping hasn’t sound this good since his grime days, flowing with an energy that’s far from timid. It certainly feels like grime performances, minus the grime production. Shedding the Auto-Tune and basic drip lyrics has made all the difference.

With superstardom comes a necessity to make hits. This is where the second half of Flu Game shifts its focus, bringing bright collaborations with T-Pain (“Summertime Shootout”) and Kehlani (“Coupé”). Tracey’s singing voice has advanced since the debut album, allowing him to showcase an ability to generate natural melody without overdoing the engineering or needlessly pushing the vocals.

Within its second half, Flu Game does underwhelm with tracks that sound like benchwarmers (“Top Dog”, “Perfect Storm”, “Cherry Blossom”). Songs like these are reminiscent of the self-titled trap tracks, undeveloped without a true grip to your ear. These songs fulfil their minimal litmus and do not warrant skips, but pale in comparison to the energy in the first half. Saving graces arrive in certain elements, which is often the hooks or the freshness of a guest appearance (namely the brilliant Millie Go Lightly on “Numba 9”). Perhaps some extra features in the solo section would create distinction.

Tracey tucks in his buzzer beater with the massive lead singles “Dinner Guest” and “West Ten”, the latter of which recreates the magic of “Ladbroke Grove”. The Nightcrawlers sample on the former may sound awkward to some, but AJ and MoStack’s charisma work to ensure the track doesn’t fall too deep into cringe-pop territory.

Flu Game fulfils the purpose of its namesake: to entertain. Music is a sport just like basketball is. With that in mind, AJ Tracey levels up his production and hooks, honing a theme that exudes confidence of a man scoring in the big leagues. It’s safe to say AJ Tracey is far from the sixth man.