2017 has been an eventful year for two of the biggest rapstars of the new generation. Quavo has been dominating the charts, while Travis has been touring with Kendrick Lamar and killing the features. In early 2017 the two announced a joint-album, though details have been scarce. There’s no official title, cover, tracklist, lead single or release date – the only real information we have is that it’s coming “soon”. On top of that, Travis’ long-awaited solo album AstroWorld was expected to be released sometime during the year as well. But work’s definitely being done It’s been a month since Travis Scott said he’s going into “hiding”. He’s been frequently pictured being in the studio, so this should be an indication that he’s wrapping up a project.

There’s only 3 months left in the year, and realistically we can’t expect both projects to drop that close to each other due to conflict in sales. Based on comments from both artists, it seems like the collab album will be dropping before Scott’s AstroWorld.

So although this album rollout seems to be all over the place, it is much anticipated and there are certain expectations that fans expect to be met. Here’s what to expect from the Travis Scott and Quavo joint album, both realistically and ideally.

1. The Amount of Material

It is difficult to predict how many tracks we will be provided on this album. Earlier in September, Quavo stated that the duo have recorded around 20 songs for the album. That doesn’t mean that 20 songs will make the album, but when you think about the era of streaming that we’re in and the fast-food styled production of trap music it is possible there’ll be as many as 16-17 tracks.

From a personal perspective, I want quality over quantity. I’d be content with a 12-track album with the best material rather than sitting through mediocre filler of Quavo doing the same harmonisations track after track. If Travis and Quavo keep this in mind, this album should be a relatively speedy project which will not exceed an hour in length.

Me And Trav Almost Done!

Both artists have become more focused on melody over the span of their careers, particularly Quavo who is almost rap-singing on every recent verse. Fans should be prepared for a strong presence of singing on the album, particularly when you hear snippets for tracks like “Rerun“. There may be a bit of the same-old in terms of Quavo’s delivery, but with Travis there should be more diversity.

It would be naive to believe we’ll be getting songs the calibre of Rodeo‘s “Oh My / Dis Side”, even though that’s what fans demand. I would happily take twelve of those, but both artists have entered a new era in their musical craft. I believe that Travis sees this album as a side-project for his real focus, AstroWorld. Therefore, I predict there will be a lack of song complexity such as beat switch-ups and lengthy tracks, with the artists opting for 3-minute ad-libbing instead.

Could there be a couple special, layered tracks though? If I had to go off Travis’ work on Birds in the Trap (“Way Back”) there’s a slight possibility. Whether Quavo can fit that vision is another question.

The phrase “mixtape / album quality” is thrown around frequently, but it’s important to apply it when considering trap music. It’s not always good to base your opinion of a song off snippets as it might not accurately represent the song, however from the one we’ve heard so far the songs don’t qualify for album-level inclusion. It’s possible that none of the snippet songs will make the tracklist, or they could have evolved since then into more solid tracks. In a similar way to some songs off Migos’ Culture sounded like they belonged on a mixtape (“Brown Paper Bag”), Quavo and Travis may not deliver album-quality songs from start to finish. 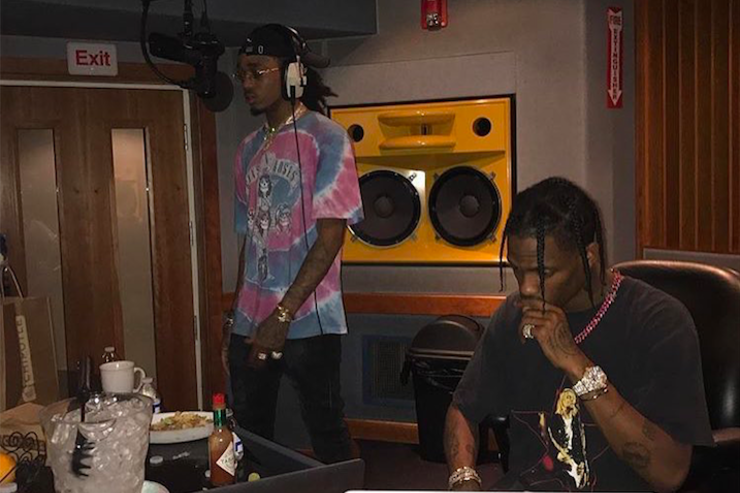 With the way the (non-existent) rollout has gone for the album so far, I strongly believe the project will drop out the sky with no lead single, similar to what Lil Uzi Vert done by announcing his Luv Is Rage 2 album a day before its release. Soon as the album is mixed and mastered it’ll be made available to stream and download on a Friday.

At the time of writing this post there is 13 Fridays left for the album to drop. Combining the level of fan demand who are ready to consume without any need for promotion and the age of the internet, a surprise release is very likely.

It was difficult to come up with predictions due to the lack of information we have on the project, but overall that is what I believe the end product will be like.

Besides the expectations for Cactus x Huncho, there is a major conflict of interest at hand here. Both Travis and Quavo have solo albums in the pipeline, along with Culture 2 for Migos, so it becomes a matter of priority with decisions such as beat-picking, hook work and general performance on a track. Will both artists give this project their all? It’s hard to tell.

On top of that, will their chemistry be strong enough warrant a full-length project? For me, Quavo doesn’t bring enough to the table, and I would have preferred a joint project with Travis Scott and Young Thug any day, whom have more chemistry together than Travis and Quavo.

Nevertheless, Cactus Jack x Huncho (or whatever it will be called) should prove to be an interesting offering. Let’s hope it exceeds expectations.

📌 Find out ‘What to Expect from Travis Scott’s AstroWorld‘ next