Stepping off the reviews for a few posts to touch on the most discussed debate in rap – past, present and future.

Recently on rapper Joe Budden’s podcast (and on Complex’s Everyday Struggle show with DJ Akademiks) he was devising impulsive lists of the best rappers of all time, throwing legendary MCs names around and asking his co-hosts whether they qualify for top 10, 20 or 30. They mention obvious candidates, such as Jay-Z and Biggie and Pac, as well as adding the forefathers of the genre such as Big Daddy Kane.

However, there’s a few problems that arise when talking about any Best Rappers of All Time lists – particularly when Americans do. Their lists will always be purely made up of American rappers. And that’s fair enough in a way, because that’s where rap originated and arguably 80-90% of the best rappers ever are American. But that’s more due to their lack of knowledge, awareness and disregard for rap around the world.

I’m not knowledgable on MC calibre for all regions, but I do know for a fact that there’s a healthy crop of highly capable British MCs who can go bar-for-bar with the best American rappers. If we’re talking purely lyrical ability, there’s a handful of MCs that you could make the argument for making the cut.

For example, Lowkey would easily make my top 5. To an American audience he is virtually unknown. Even the British audience don’t listen to him. He’s not the most relevant, nor has he seen chart success or booming production. What he does have is pure bars of the finest calibre. He’s even at the peak position in The Top Ten’s user-rated list for Best British Rappers Lyrically (though admittedly the rest of the list is trash).

I would even make the case for Devlin and Wretch 32. They may not have catalogues on par with Notorious or Andre, but their lyrical prowess is just as comparable.

Speaking of catalogues, this is where compiling the Best Rappers list becomes complicated.

A qualified American listener considers numerous factors for what makes a GOAT. Of course there’s lyrical ability, but there’s also the number of classic albums, chart success, longevity, originality, impact and influence, among other factors. In the UK, we just grade you purely off the bars. You’ll rarely get a British audience discussing classic albums or chart success. We’ll merely pair a verse with another verse or a rapper with another rapper and say “Which one’s better?”.

This is where the real problem arises in a GOAT list. How do you mix UK rappers and US rappers into a list when both sets follow a relatively different criteria for what qualifies as a ‘best rapper’?

If you consider the lengthy, typical American criteria for an all-time list, no British rapper would make the cut. They have nowhere near the level of global influence or strength in catalogue to match a Tupac or a Jay. But if we’re talking a list that only ones one factor, the most important factor – lyrical ability – everyone has a case that they can argue. 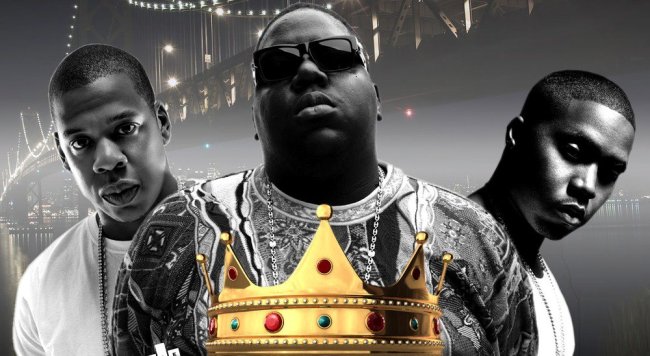 Truth is, we like what we are comfortable with the most. For American listeners, they take pride in their own music and their own MCs. The same applies for British listeners, although we’re much more open to American music than the Americans are for our music. It’s the accent, slang, fast flows and production that they complain about and aren’t patient with.

On top of that, your own music is automatically connected to your own culture. Everyone is more appreciative of their culture. American listeners may never be able to understand the significance and culture that surrounds the British rap scene, which makes its music harder to accept.

Though sometimes, you really have to question how much the American audience are even trying to like British rap … 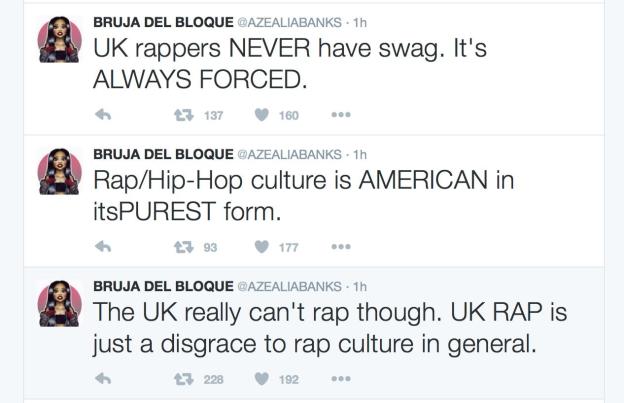 What’s this all mean? It means one can never come up with a fair list of best rappers of all time that’s objective rather than subjective. That may not sound like a newsflash to most people, but it’s important to consider why we can never reach that perfect top 10, 20 or even 50. You can always have your own personal list, which is based off your own personal taste instead of considering general public consensus, but an all-around list is near-impossible. Unless your rap knowledge is above and beyond and you have a concrete argument for each case, your GOAT list is inaccurate.

Some of my favourite MCs of all-time:

But even then, with solid arguments for every inclusion, the GOAT list will never be unanimously agreed upon. There’s just too many rappers to fit and order. If you’re leaving Scarface out a top 10 for a Lil Wayne, someone’s going to complain. If you’re leaving Lil Wayne out a top 10 for a Scarface, someone’s going to complain.

Is there a solution to this regional divide that could eventually have British MCs considered in American all-time lists? The only way I see it happening is if British rap makes a long-lasting mainstream breakthrough into the Billboard charts. That’ll demand everyone’s attention whether it’s wanted or not.

Even if British MCs may not be considered GOATs on a grand scale, they will always be recognise as top-level spitters in their homeland by people like me who will put them in their personal top 10s.

If you got an objective or a personal GOAT list, leave it in the comments, including a brief criteria for your decisions 👍🏼