The XXL Freshman list is a big deal in the culture because it aims to predict the next stars in the game. Supposedly anyone on these yearly lists are classified as the current faces of hip hop, but they always fuck up with the inclusions and exclusions one way or another.

The freestyles and cypher aren’t out yet, but my initial impression of this list is that there’s no one on here that can really rap impressively. Not one at all.

Compare that to the 2016 Freshman. It was initially considered the worst Freshman list ever when it was put out, but it’s become clear that it’s aged well. On it you had Lil Uzi Vert, Lil Yachty, 21 Savage, Kodak Black, Denzel Curry, Dave East, Desiigner, G Herbo, Lil Dicky and Anderson Paak. It was flamed for the shitty freestyles of Yachty, Savage, Kodak, Uzi and Kodak, but there was a clear selection of guys who could rap. Denzel Curry can rap, Dave East can rap, G Herbo can rap and even Lil Dicky can rap. And they’re all still relevant a year later with fanbases that are checking for their music (except Desiigner, no one gives a fuck about him anymore).

Now looking at 2017. There’s zero lyricists. It’s arguably an accurate representation where hip hop is taking us in the new age. Lyrics don’t matter anymore. You ain’t gotta spit well to be successful in this genre anymore.

Looking back even further, 2015 had Vince Staples, 2014 had Chance the Rapper, Isaiah Rashad, Lil Durk and Vic Mensa, 2013 had Schoolboy Q, Travis Scott, Joey Badass, Ab-Soul and Logic. Every list had their crop of MCs.

And even bars aside, there’s only a couple people on here who’s music I actually like in depth rather than just liking one or two of their sogns. The rest is full of one-hit wonders who won’t be relevant in two years time.

Initial impressions aside, I’m going to rank and breakdown every candidate, from worst to best (objectively, not subjectively). While looking at whether I like their music I’ll also take into mind their popularity and how successful they could end up being, even if I may not be the biggest fan. My criteria for my opinions and order includes, in order:

Some are saying that because he has a couple hits he will last. But so did Fetty Wap. And where is that guy now? Boogie’s created some catchy songs that border pop rap, but he’s got zero bars and will be off the face of the earth in a year’s time. 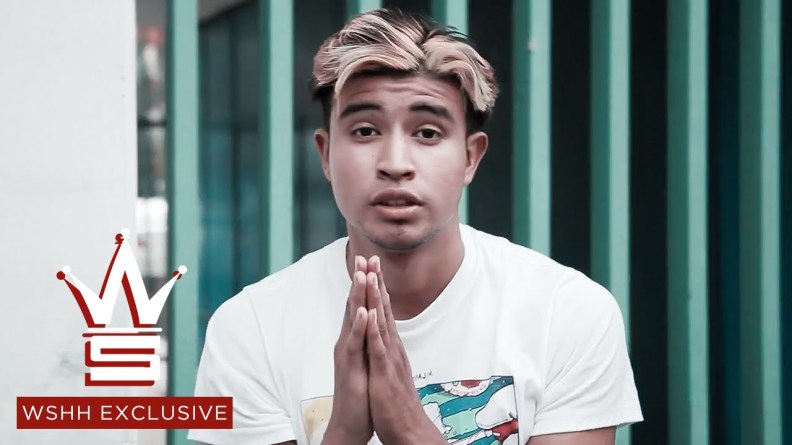 “Don’t Need Em” is a tune, but only because of Young Thug. Kap G has nothing unique about him, or possess any sort of presence and personality. His voice is dull, his bars take the piss on an intelligent level and the style he’s using is a replication of artists that are better and more successful than him. Bars like “Call me David I’m the one to blame” and “I will never retire like I’m Kobe”, when he has retired, is taking the piss. If he finds his own formula he stands a chance of staying relevant. Sorry bro, we’re not checking for you. 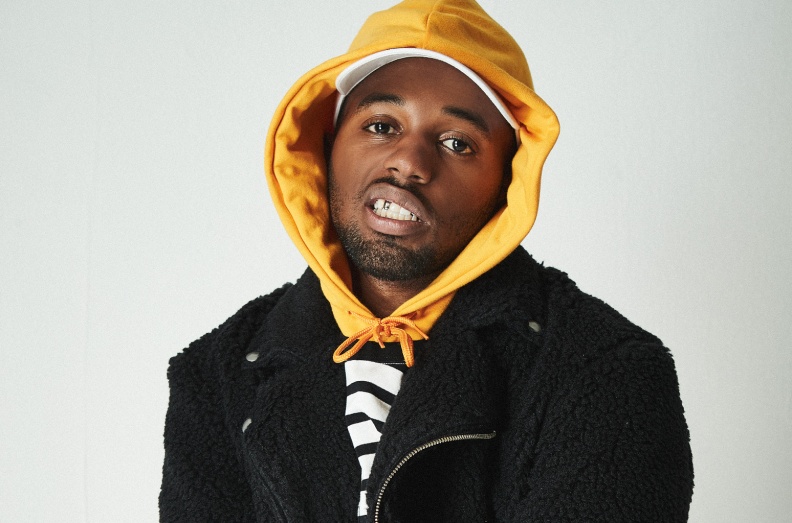 TYO’s got a few good songs out – “Uber Everywhere (Remix), “Skateboard P” and “I Want”. But it’s not like they’re part of a sound curated by him, nor is he lyrical or showing that people will still be listening to these songs in two years time. Plus his buzz was in 2016. His inclusion in the 2017 list is a bit late. Too late to think he has longevity.

I don’t listen to Ugly God, but of everyone that I have listed before him, he has some odd stand-out qualities about him. Firstly, he doesn’t take his shit seriously. He knows he’s trolling, he knows he’s not a good rapper and he’s not trying to prove anything to anyone. His music possesses a comedy rap angle to it and along with that he comes across as characteristic. Maybe he won’t stay relevant, but thus far in this ranking he’s the first to earn some originality points.

PnB Rock runs in the same lane as Ty Dolla Sign, August Alsina, Post Malone and others. He’s not a rapper but he makes hip hop music (somehow). He can sing with and without Auto-Tune and can craft a decent song. Then again with all those qualities, he’s shown no signs of putting out a big hit that’ll show he can be commercially successful and relevant in the near future. Maybe in the next few years he’ll build his brand and eventually catapult to stardom. 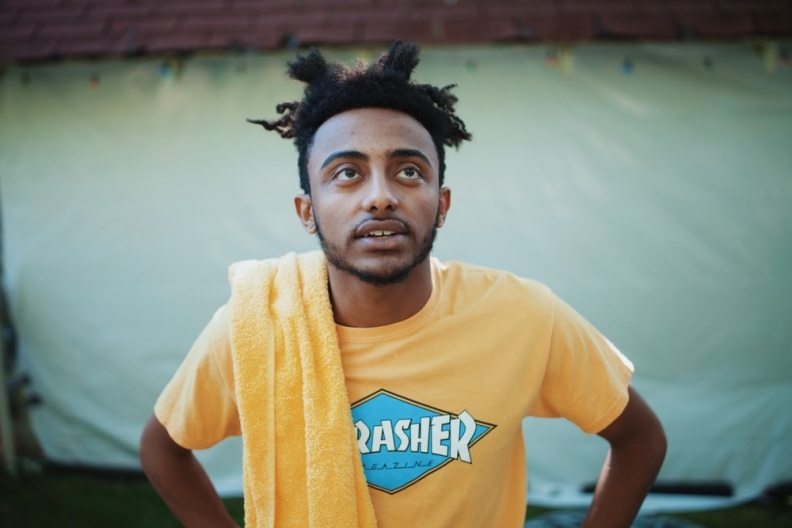 Aminé’s got a commercially successful hit and a couple mixtapes under his belt, so he’s off to a good start. His bars aren’t anything special but he can flow and hasn’t taken the cliché trap rap lane. Relevancy in a few years? Not so sure. He’ll need to build a fanbase and churn out more hits to prevent the one-hit wonder label. 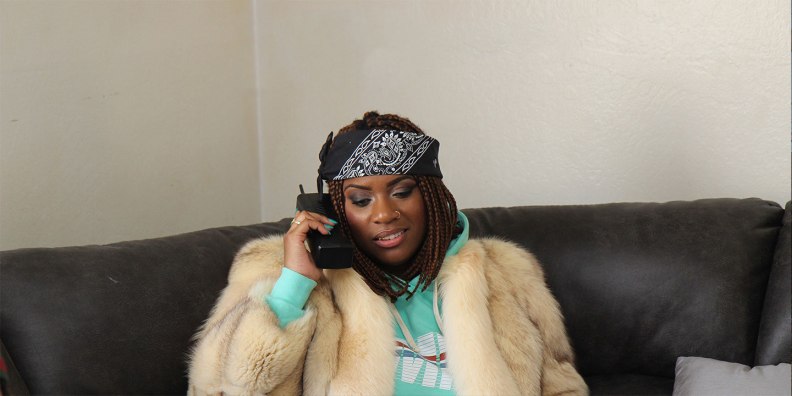 Kamaiyah’s relying on the West Coast funk sound like her mentor YG to propel her to fame. She can rap, though not skilfully, and doesn’t have her own notable songs yet. She’s only this high because everyone else before her is shit. She’s not shit herself, she’s simply alright. With a fanbase she’ll go far, considering that there’s a lack of relevant female MCs. 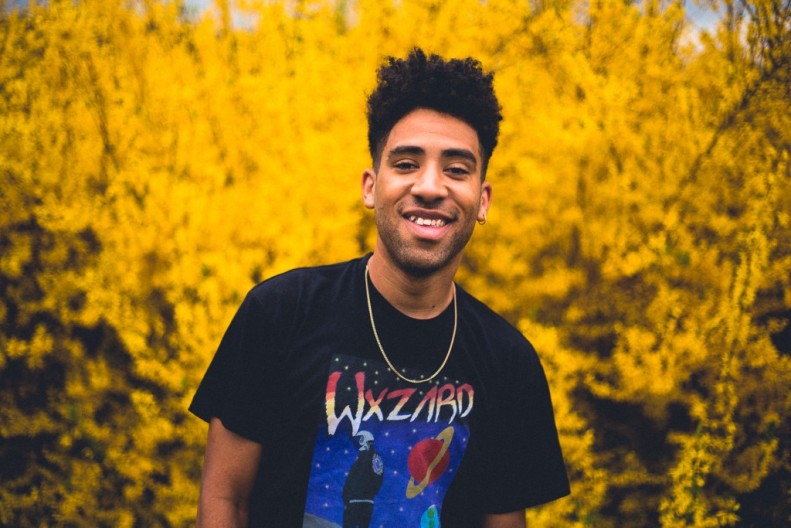 Out of everyone on the 2017 Freshman list, Kyle is the one with the most pop appeal. He’s already got a global hit with Lil Yachty, and a mixtape that has a commercially-appealing sound. Though his voice is irritating and I don’t listen to his music he’s got a positive, bubbly sound that not many have and has the potential to be the next pop rap act that consistently puts out summer singles, similar to what Wiz Khalifa used to do between 2011 and 2014.

Playboi Carti’s got zero bars, zero substance, and no originality to his music. To me he’s Lil Uzi Vert photocopied. Negatives out of the way, I enjoy the way his songs sound and he’s got the most potential out of anyone on the Freshman list to still be relevant in two years time. First reason for that is the amount of cosigns he’s got, from the likes of ASAP Mob, Travis Scott and Lil Uzi Vert – all relevant acts. So with them continuously giving him the feature, he’s not going to be disappearing. Another reason for potential is the commercial success that’s he’s already seen; his mixtape charted well and “Magnolia” is a commercial viral hit. And while he can’t rap, the quality in beats he manages to get his hands on makes his songs highly enjoyable, and in a beat-driven culture that’s a must if you want the hits. So Carti loses out on lyrical ability, originality and artistry points, but gains points on his strengths of production, enjoyability, commercial success, popularity and also for a fanbase.

The fact that X is first says a lot about the list. It was not good from start to finish, but at least now we’ve reached an act on the 2017 Freshman list that has shown strengths in the fields of versatility, artistry, originality and commercial success. His style of music crosses an array of genres from traditional hip hop (“Vice City”, “Riot”) to alternative R&B (“I Don’t Wanna Do This Anymore”) to punk rap (“RIP Roach”, “What In XXXTarnation”), trap (“Look At Me”) and acoustic (“Revenge”). He’s developed a seemingly new style that I call punk rap, which nobody else is doing, has got the biggest following out of anyone else on the list and has the crucial commercial hit, “Look At Me”. Also he’s showed signs that he can spit a decent verse, particularly on artistic cuts like “Vice City” – but doesn’t possess surprising lyrical ability. While his main style of music isn’t for everyone there’s other songs that are bound to appeal to you. So in terms of future potential, it’s all there. He just needs the correct guidance to develop a professional rap career, because right now he’s still coming across as a SoundCloud rapper where his songs sound unfinished and who’s shit is not on Spotify.

To wrap up, it’s a shit list. There’s two main reasons why it’s shit: XXL haven’t predicted artists that will last, and it doesn’t help their case that’s there’s not any emerging lyrical MCs that we haven’t been introduced to already. XXXTentaction and Playboi Carti definitely have the most potential, popularity and enjoyability out the bunch, but even they aren’t positive signs of maintaining any grip on the fundamental element of the genre.