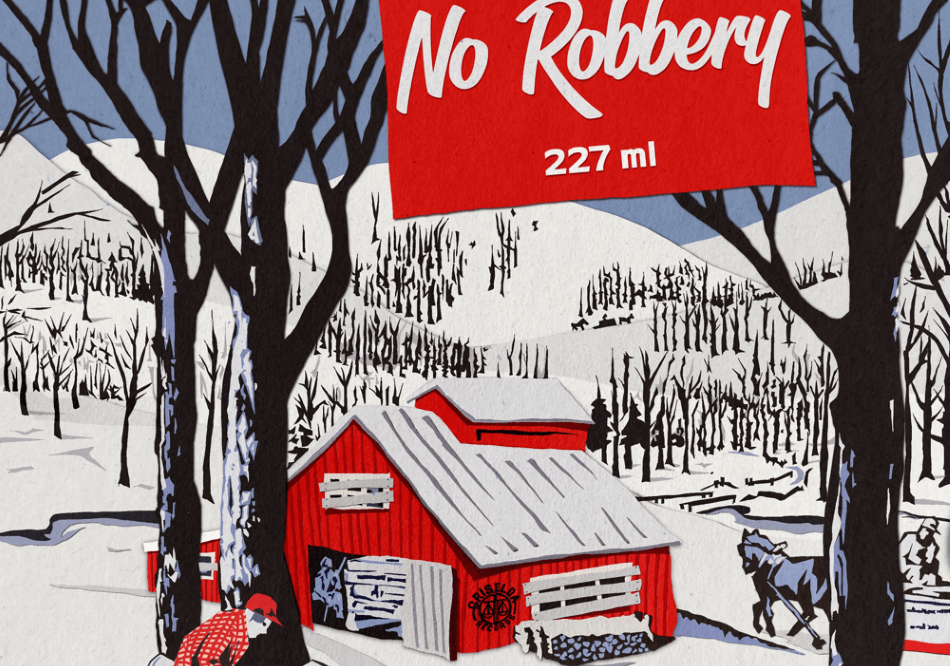 Its no surprise that Nicholas Craven and Boldy James have made their mark in all avenues of the underground scene. Everywhere you look, there’s a feature by Bo Jack or a beat by Craven, steadily increasing their expansive repertoire. Two great minds dedicated to flooding the market with projects for those who dedicate themselves to the craft; but what would it sound like when Boldy’s dreary flow meshes with Craven’s soulful sound? The answer: a hip-hop masterclass.

Fair Exchange No Robbery is a short display of deadly bars over a traditional foundation of soul and jazz-infused production, expanding upon the individual sounds of both artists.

Hearing Craven and Boldy finally go back and forth over a full fledged project checks another box on the hip-hop wish list. In just 36 minutes, Nicholas Craven and Boldy James were able to assemble a top notch arrangement of hip-hop music in its best form. Fair Exchange No Robbery subconsciously pays homage to the nature of the golden age, assisting in the revival of an emcee and a producer locking in on a full record. Though vintage in style, Craven keeps the sound fresh with the help of Boldy’s pen rolling in references influenced from various mediums.

With an obscure assortment of samples to work with, Boldy treats the record like any other he’s worked on, utilizing his dreary flows to express his experiences coming up in Detroit. Right off the bar, Boldy starts the record off strong with the opening lines (“The memoirs of a orca, we who ate with sharks / Call me Jim Starr, ’cause a n***a keep the razor sharp”) giving listeners a taste of what to expect throughout the project. Raw bars and clever one-liners are littered throughout the project, providing a lively texture to Boldy’s monotonous tone in addition to the vibrant production laid by Craven.

Speaking of Craven, the underground beatsmith continues to outdo himself, providing a strong and steady base for the album’s production. Craven makes use of a variety of samples from different genres, allowing Boldy to expand into different pockets sonically. “Six Toes” and “Monterrey Jack” serve as prime examples of this as the abnormal style of the beats toss Boldy into unconquered territory, highlighting the raw talent and its ability to adapt to different sonics. However, the project also takes the chance to display prime Boldy and Craven with tracks “Designer Drugs” and “Power Nap” embedding themselves in the classic sounds of both artists, giving fans exactly what they came for.

Far from an unusual pairing, Craven and Boldy subconsciously form a power duo with their collaborative work establishing a new found synergy in the underground realm. Both styles compliment each other greatly, allowing them to succeed as they work out the kinks on their new project. From the mesh of anxiety and horror present in the sinister “Monterrey Jack” to the electrifying vanity of the jazz “Designer Drugs”, the contrasting styles of both artists mesh greatly over this record. It is quite honestly the project we never knew we needed until we heard what the pairing was capable of.

Fair Exchange No Robbery finely extends the repertoire of both artists in collaborative projects, adding another quality gem to each of their catalogs. The collaborative effort between Boldy James and Nicholas Craven serves as a great taste of the pair’s potential and makes for a great standout record for your yearly hip-hop lists.

Hip-hop historian and overall fan of the culture. View all posts by Alex Corrales