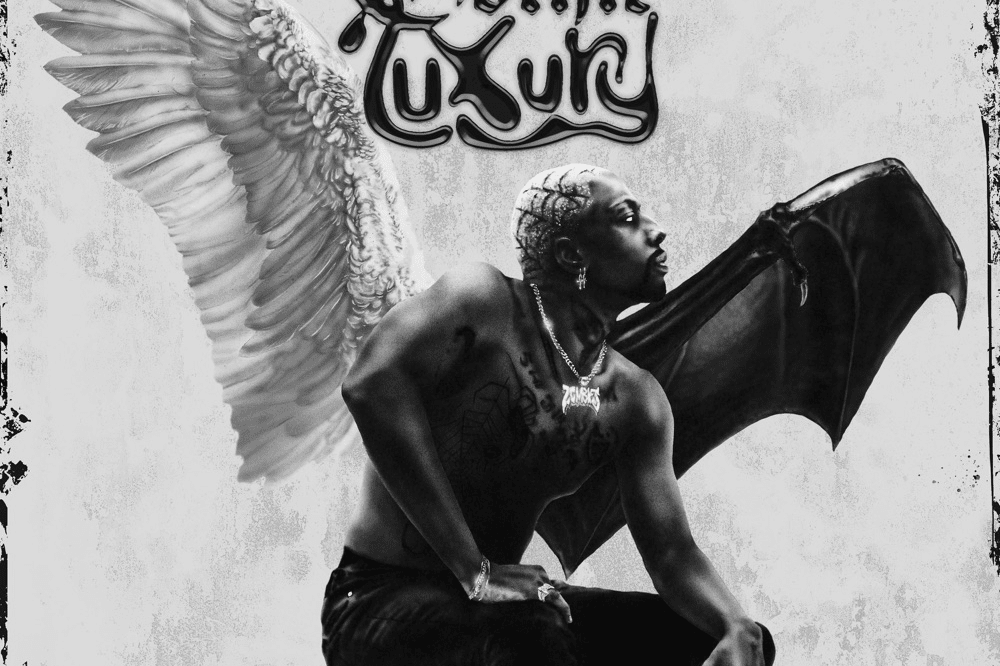 The Flatbush Zombies frontman unveils his long-awaited solo debut, shedding another layer of darkness and depth to his character.

Flatbush Zombies serve as the most unique group existent in hip-hop today with their unparalleled sense of artistry and distinct style among the entire cast. Fans can easily pick apart and tell whose who in the group, whether it’s Juice’s melodic tone or Erick’s direct delivery. But by the general consensus, Meechy Darko tends to stand out the most on tracks due to his gritty voice and outrageous lyrical content, so much so that fans have demanded Meechy make a solo album for years. While the group takes a mini hiatus to expand upon independent ventures, Meech took the opportunity to drop off his debut for the world to see what he contributes to the game as a standalone artist.

Gothic Luxury attempts to find beauty in the darkness, forcing listeners to shift outside of their comfort zone for a deeper look into a corrupted soul.

The album plays into the notion of the beautiful struggle, uncovering artistic genius in a gloomy setting. Throughout the entirety of the project’s run time, Meechy compromises absolutely nothing with this piece, achieving a raw level of proficiency that was previously unable to be displayed on a group project. This record gives listeners a greater glimpse into the life of the Flatbush Zombies-frontman and his music influences. With an extended roster of features from close friends and legendary names, this project perfectly encapsulates Meech’s musical background while advancing his artistry to new heights and sounds.

From personal struggles to self-reflective epiphanies, Meechy is thoroughly transparent throughout the record, hiding nothing from his dedicated band of fans. For a debut album from an established artist, Gothic Luxury takes steps in the right direction as it helps Meech shed a new layer of musical skin while remaining rooted in the Beast Coast brotherhood. A major standout is the tragically thorough single “On GOD”, an eerie tribute to his father that exhibits a newly deepened level of writing coated in the same grit that helped mold his sound.

The production makes good work of providing a menacing soundtrack that fits Meech’s menacing delivery like a piece to a puzzle. The musical backbone of this record is consistent of a polished sound with gritty undertones, perfectly playing to the idea of the Gothic Luxury title. Meech glides over the album’s production, emerging from the grimy depths of the established sound to deliver an anomalous display of hip-hop meshed with a collage of different genres. But of course, the project is at its best when Meech is floating over barebones hip-hop production, with “The MoMA” and “LAVI$H HABiTS” serving as references. Regardless, the album’s extensive palette does a well enough job of selling listeners on Meechy’s detailed artistry.

In a time where building anticipation for a project does more harm than good, Meechy’s solo debut defies societal norms, beating the odds and living up to the hype set by fans. Where many artists struggle to transition out of their grouped endeavors, Gothic Luxury makes an exception from the rule, allowing Meech to discover territory that was once difficult to explore. This project’s success is shrouded in Meechy’s dark aura finding a balance between branching out as his own artist while remaining grounded in the style that helped build a powerhouse. Though Erick and Juice don’t make any appearances throughout the project, the Flatbush Zombie dynasty steadily continues as we see the string of spin-off projects continue to rollout.

All Fltabush Zombie talk out of the way, Gothic Luxury is all unapologetically Meechy; from front to back, the project embraces the aspects that Meech contributes to the Zombie projects and makes an effort to branch out as its own entity, remaining successful while doing so. We still see Meechy’s rebellious gritty tones providing critical commentary over societal norms and the powers that be, making records such as “What If?” and “K.U.A (Kill Us All)” the crux of this project. Those who were looking forward to the Meechy Darko solo debut would be pleased with the end result.

Gothic Luxury is a bone-chilling experience, giving listeners a look into the sinister life of Meechy Darko.

Hip-hop historian and overall fan of the culture. View all posts by Alex Corrales