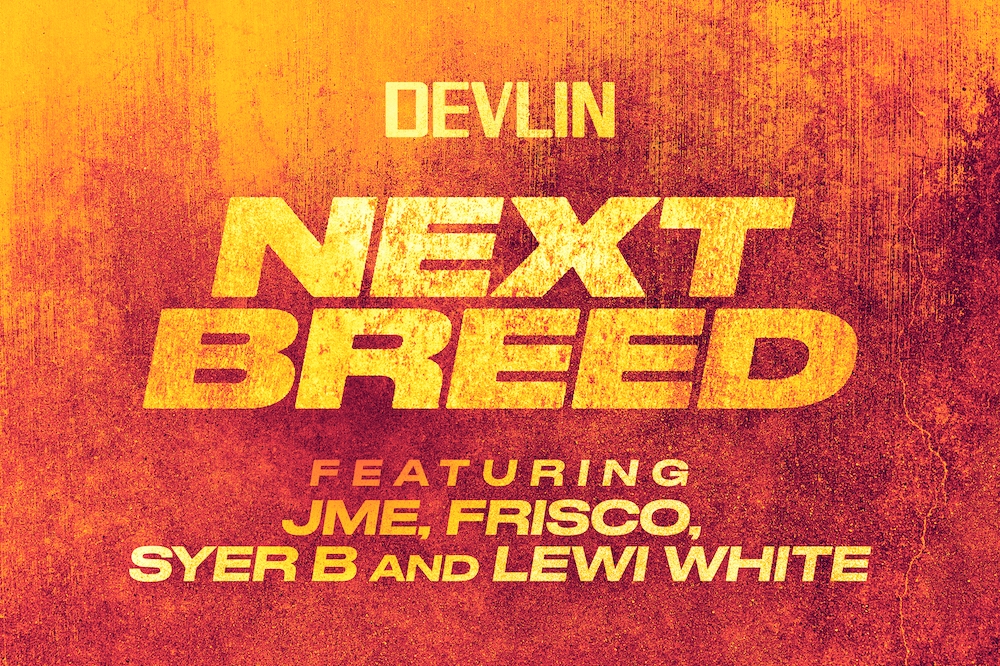 East London icon Devlin continues to prep for his upcoming album with the latest single, “Next Breed”.

Produced by longtime collaborator Lewi White, Devlin recruits fellow grime emcees Jme and Frisco of Boy Better Know, and Dagenham native Syer B. “Next Breed” combines grime flows with drill elements, led by a hook that declares, “Ain’t a small fry, ain’t a big shark, I’m a next breed”. The track is naturally competitive, leaving four elite verses for the listener to take in.

The music video delivers black-and-white visuals with the performers all together. The energy resonates from all four artists, who have shown extreme longevity in the British grime and hip hop scene for over a decade and a half.

Devlin’s fifth studio album, Eyes for the Blind, is due for release in November.

Watch the music video for “Next Breed” below.