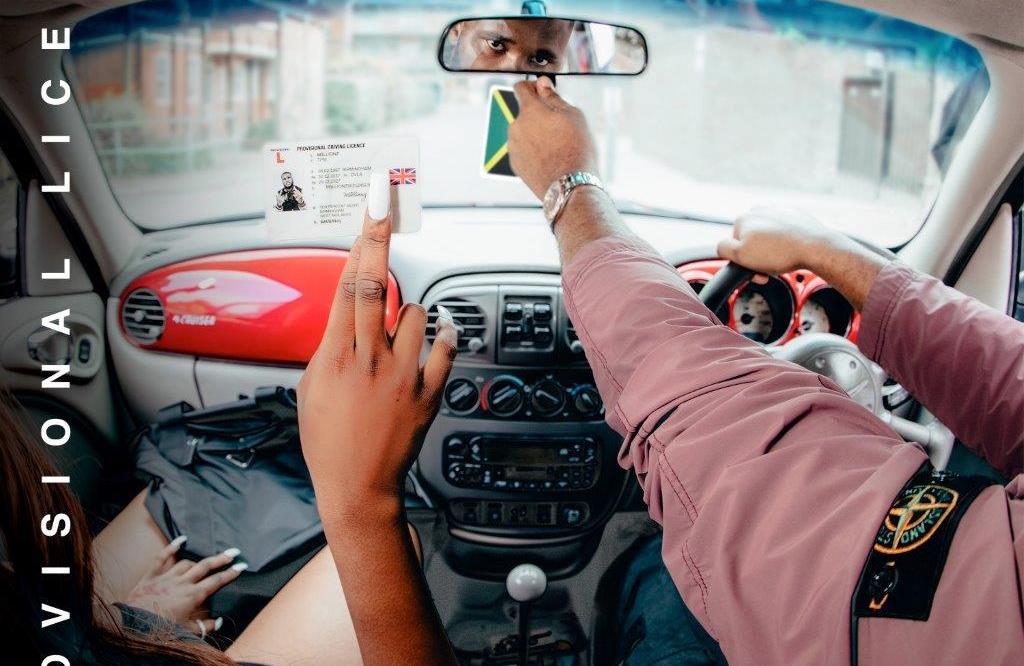 Birmingham’s M1llionz silences doubters on his debut mixtape, showcasing an artist that could comfortably be here for the long run.

London has been the hub for UK rap since its formation. But other cities have been giving reason to pivot the camera lens year by year. Out comes M1llionz from the midlands, dropping single after single since 2019, accompanied by trusty drill beats and a meandering, distinctive flow that can be likened to Blueface’s. The more singles came, the more chat around a full-length project bubbled; the real test for drill’s next predicted star.

It is almost as if M1llionz looked into a crystal ball to know what approach to take. What he saw led to various ticks on a project checklist. Provisional License is a tender twelve tracks, running for 38 minutes; so less room for error is already achieved. Guest appearances come courtesy of drill compatriot Headie One, AJ Tracey and refreshing looks in Jevon and Lotto Ash. Provisional License adopts a driving theme to its tracks, cover and promotional material, enforced by skits where M1llionz is heading to a destination with a mysterious bag in the whip – all inspired by the fact he’s been on a driving ban.

Such eye for a consistent theme on a mixtape is worth a salute in itself. But the tracks live up to the standard M1llionz has been teasing, and beyond. Production is handled by Honeywoodsix, Jevon, Bkay, TSB, among others, who provide energetic drill beats to separate Provisional License from your average, forgettable drill tape. “Intro” tackles an engaging beginning, middle and end, a conscious effort put into a two-minute song that instantly sets ambition. Meanwhile, singles “Pedestrian”, “Regular Bag” and “Badnis” sound far better in the project than they did as teasers.

Provisional License is at its most explosive on “Air BnB” with Headie One, with both rappers landing memorable performances and chemistry. When a majority finds M1llionz tackling the mixtape solo, “Air BnB” proves how selecting appropriate features can take a song to the next level, especially when the guest does not phone it in.

In an underwhelming year for drill music (purely based off quality), M1llionz is one of the few to get creative with the genre. “Mobbin” humorously flips the pre-chorus to Michael Jackson’s “Smooth Criminal”, adding personality to the song alongside M1llionz’s fast-paced flows and an ever-evolving beat. “Bando Spot” interpolates 50 Cent’s “Candy Shop” to land similar results, while the title track with AJ Tracey samples Brandy and Monica’s “The Boy is Mine”. These references to classic hip hop and R&B moments are entertaining Easter eggs, but also show an appreciation for cultural origins.

Provisional License doesn’t lack with subject matter in its milder moments. “How Many Times” reflects on M1llionz’s unreciprocated handouts. “Jail Brain” was written with the thoughts that run through incarceration. “Pedestrian” links up with the tape’s driving themes finely, as does the closing track “Hometown” which truly feels like a finale while also reflecting on life pre-fame.

For a rapper that appeared to be putting himself into a box, Provisional License hits the necessary pitstops as a debut mixtape. It stands out as one of the better drill projects of the year, giving a glimpse of M1llionz’s artistic visions that will likely grow from here. M1llionz is comfortably in the driver’s seat.