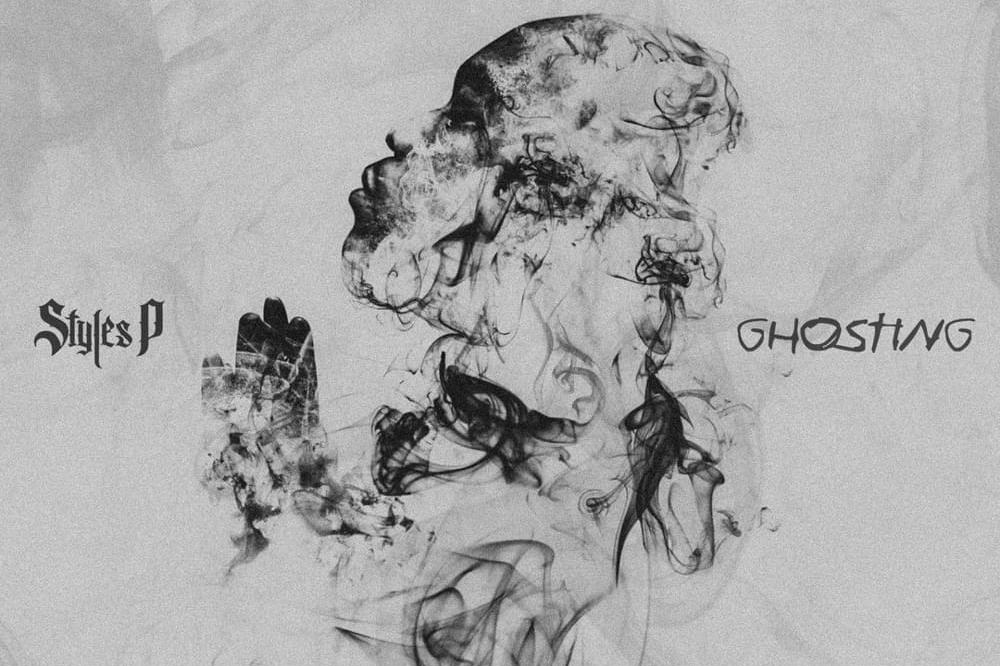 The Yonkers legend returns with another full length project, adding on to twenty years of catalog composed of gritty rhymes and introspective lessons.

With his incredible work ethic and elite caliber of rhyming, Styles P has remained as one of the most consistent emcees in all of hip-hop. From his multiple projects as a member of The Lox and various solo albums, the Yonkers emcee knows how to get busy on the mic, and his most recent project, Ghosting, further proves this. Styles keeps it hip-hop, providing nothing less of exquisite beats and rhymes. The title is a nod to the rapper’s nickname, “Ghost,” which he’s been throughout his career.

Ghosting does a great job of building a captivating, yet hazy atmosphere while staying rooted to the true origins of hip-hop.

The project has a considerate run time, wrapping up 14 tracks in 40 minutes, with 2 of those tracks being skits. The album starts with one of those two skits, both performed by close friends and comedic duo, ItsTheReal, then transitions into the first song, “Time Traveler.” From here, the sound develops a misty ambience that is transparent throughout the entire run time of the project and greatly maintains this atmosphere until the end. As far as rapping goes, Styles gets straight to business, wasting no bars on filler, which is impressive for a rapper who delivers bars off of the dome and in one take.

Upon first glance, it’s evident that Styles didn’t tap in with any big name rappers and kept things unapologetically New York. Most just contribute hooks and choruses (i.e. the melodic “Fade Away” & the poignant “Only Spenders”), but not many emcees are spotted on this album besides Tony Moxberg, who appears with a verse on the track, “On The Double.” Even though the features were only hooks or choruses, this allows Ghost to focus solely on the bars and punchlines.

As far as solo performance, Styles stays on his toes, delivering nothing less of sharp verses and witty punchlines. The great thing about a rapper like Styles is the diverse range of subject matter. Ghost could either provide the grimy gutter shit or a reflective piece on current events in the world. This balance is present throughout the project, spazzing with the bars on “Scattered” but taking time to enlighten listeners about financial stability on the poignant “Only Spenders.” Ghosting provides a good balance of pure punchlines and contemplative gems for its lyrical content.

One of the most notable aspects of the project is the atmosphere that the production supplies. From start to end, the sound of the album is hazy and grimy, bringing out the gritty raps that we’ve known Styles for since We Are The Streets. The album remains cohesive with its sound throughout the entire runtime, but still manages to sneak in good variety with the beat selection. For example, a standout track that feeds into the ambience while providing a unique beat is the partially assisted “Fade Away” that features a catchy chorus from rapper, Yemi Sauce, that blends perfectly with the guitar-heavy beat.

Over twenty years in the game and Styles P is still rapping at a higher caliber that most active emcees. The LOX member has been lyrically shredding beats since coming on the scene with Bad Boy in the mid-90’s and hasn’t lost a step yet. Even though he’s embraced his veteran position in the game via multiple records and interviews, Styles reminds the newer generation that he could still give them that lyrical smoke. Records such as the lead single, “Scattered” and the high-energy, “On The Double” greatly display Styles lyrical ability and prove he can go toe to toe with any rapper from any generation.

While the ambience of the album is crafted fairly well, certain tracks get dragged along and lost throughout the hazy ride. Some tracks fall victim to a lackluster chorus or just lack of standout moments. While it is a very introspective piece, “Only Spenders” hook does get repetitive after a while and it’s sonically distorted nature is almost like a small roadblock on a smooth path that is the track list. “Stop the Rain” is another record with a strange chorus, almost coming off as off-rhythm. This doesn’t hold back Styles lyricism though, as every verse is still sharp as ever. Ghosting is still a pretty good project despite these minor setbacks, but as far as a full body of work, there’s no doubt that Styles has better joints in his catalog.

Even though the album has its flaws, Ghosting should definitely be on every hip-hop head’s listening list this year. Styles fills a missing gap in hip-hop, being one of the only OGs thats still consistently putting out records every year. While some are better than others, Styles will always provide listeners an enjoyable experience with life-changing gems delivered through gritty bars and punchlines.