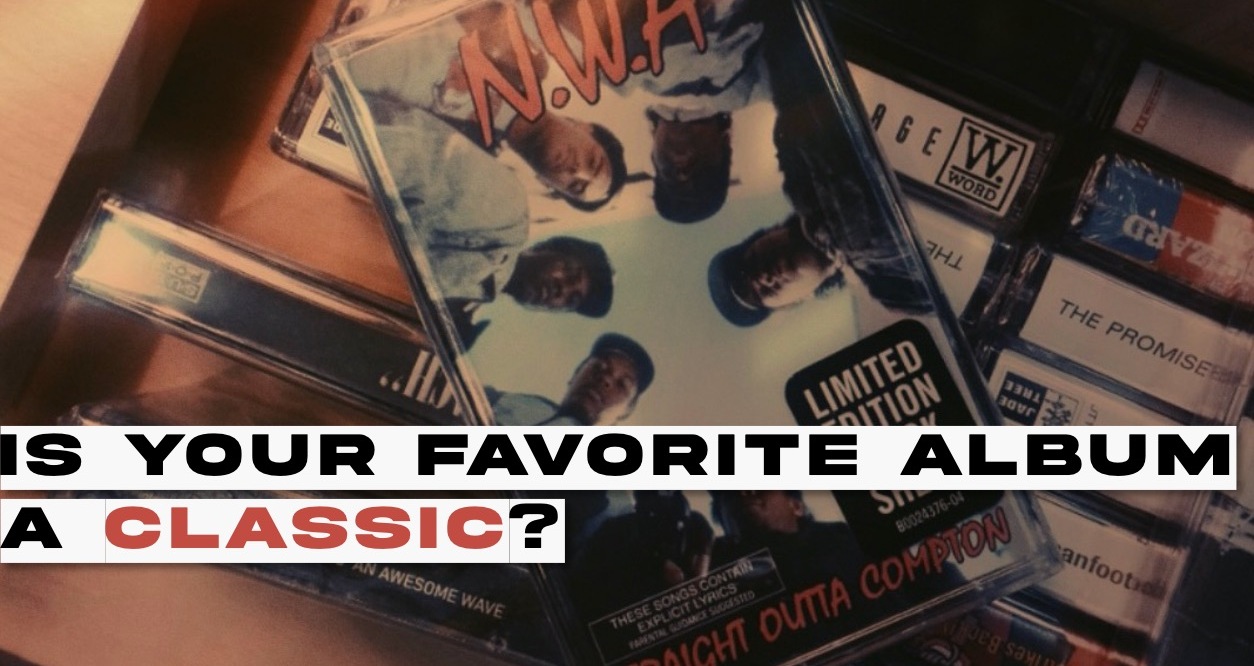 “Judged over a period of time to be of the highest quality and outstanding of its kind.”

By definition, this is what a classic means.

In all forms of media – from music to movies to novels – communities and fanbases love to discuss which albums are truly at the top of the hill. The “classic” status is the easiest way to label this high-tier group, and we tend to claim our top albums as being on such a level. However, can it always be said that they truly have the widespread impact that travels through generations? Do we, as hip-hop fans, truly even know what a classic is?

This post will provide the answer. Let’s go through three key criteria that define “classic” status, and you can denote if your favorite album passes the test.

True art is something that sticks with us beyond short-term excitement; your favorite album is something you’ve loved for a long time, right? Similarly, a classic album should be able to resonate with an audience long beyond its brief period of popularity on release.

Look at Wu-Tang Clan’s 36 Chambers, for example. This is a record still discussed and referenced a hefty eighteen years later, because the content is memorable enough to situate itself as an all-time masterpiece.

These long-lasting albums often opened up new opportunities for their creators, as the artist’s legacy was solidified through being mentioned in circulation. All of those Wu-Tang members are regarded as all-time lyrical legends now, and RZA has been acclaimed for his leadership on 36.

This is probably the most misunderstood criteria here. Impact is a tumultuous criteria among music communities; some hold it as the singularly most important factor to an artist’s success, whereas others disregard it entirely.

Regardless of your viewpoint, impact – and arguably by association, influence – is an essential component of classic status.

For example, let’s look at one of the most celebrated rappers of all-time; Nas. Street’s Disciple was generally acclaimed on release, being seen as a continued return to form after his struggle in the late ‘90s.

However, in retrospect, this album has failed to leave a notable effect on the hip-hop community with time. Nas’ earlier ‘00s albums are far more remembered, and hold a far more valid classic argument. Unfortunately, the same cannot be said for Street’s Disciple.

And for the most obvious criteria here, the album in question needs to have a relatively positive reception. Works of art are not seen as classics if they’re poorly made; even if such weak craftsmanship is why it’s remembered to begin with.

However, if you take an album like Kanye West’s My Beautiful Dark Twisted Fantasy – which was commercially and critically celebrated from the moment it dropped – it is immediately noticeable how important the album was to the culture.

The most common misconception in deciding a classic is that if an album is widely loved on release, it immediately takes that title. Metro Boomin’s NOT ALL HEROES WEAR CAPES was a success on release and named a classic straightaway by fans, but can we really tell it’ll be still be praised this way five, ten years later? We can only assume, which ties back to the longevity argument as well.

With that being said, there are some exceptions we can consider. Even if they miss out on one of these core criteria, the other two may apply to it so heavily that it cancels out.

For example, Kendrick Lamar’s To Pimp a Butterfly received a rave response on release. Immediately considered an all-time great hip-hop album by the public, critics and music nerds alike, it now holds a status as one of the most loved hip-hop albums ever. It didn’t take long for it to be deserving of the classic rank.

Several underground albums may not necessarily play into the impact category because of their limited reach; this is where the cult classic and underground classic terms come into play. Hardcore hip-hop heads will argue the CunninLynguists’ Will Rap For Food is deserving, despite lacking a notable impact outside of small circles. How generous you want to be in that regard is truly your decision; we can all agree A Piece of Strange hits the mark, though.

Now…having gone through the main elements of a classic, could your favorite album classify as one? Give it thought…and let us know.

A music enthusiast and commentator. Breathes, lives and loves hip-hop. @isightvzn_ on Instagram. View all posts by Isiah C.

One Reply to “Is Your Favorite Album a Classic?”