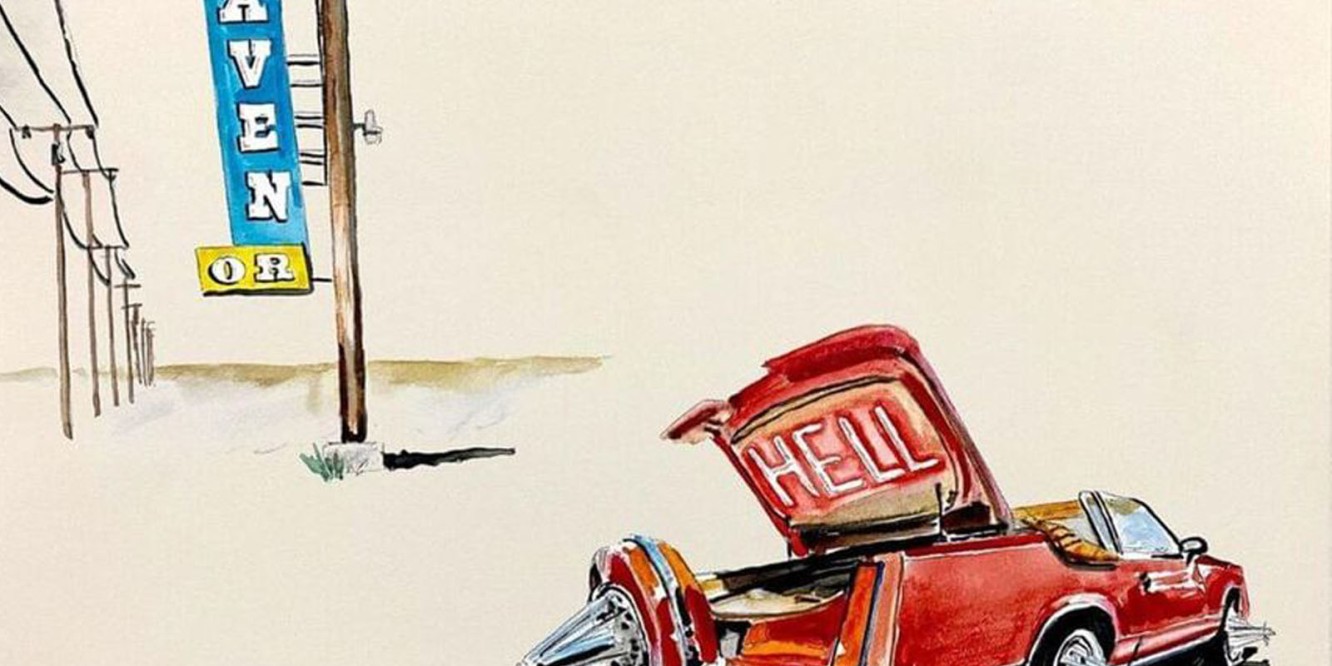 Don Toliver’s debut album avoids any abysmal moments, though underwhelms in its creativity and melodies.

It is fast approaching two years since the release of Travis Scott’s accomplished Astroworld. The unexpected standout star of the album was Don Toliver, captivating ears with his guest appearance on “Can’t Say”. His nimble Auto-Tuned vocals were like the lovechild of Akon and T-Pain, instantly distinguishable amongst the sea of trap crooners. After a lowkey mixtape release in Donny Womack, a debut commercial project was pending for the Cactus Jack affiliate.

With all possible resources at his disposal, Don Toliver’s debut album doesn’t maximise the potential. Heaven or Hell reaches the checkpoint for psychedelic trap but achieves it through unimaginative song ideas.

Heaven or Hell is billed as a concept album. The drab cover art paints a bleak picture of two paths. From the album’s lyrical topics it seems as if Toliver’s chosen the latter path. The intro proclaims that “It be a story to tell”, but it doesn’t take long for the concept to lose the narrative. The twelve songs are channelled like twelve disconnected singles, often enjoyable in their sound without ever reaching impressing heights.

Travis Scott’s production team (Mike Dean, WondaGurl, Sonny Digital) do their best to recreate his aura. It’s then up to Toliver to match it with a sweet melody. Closing track and lead single “No Idea” is a destined hit from one listen, with Don inhabiting his lane without directly wearing his influence on his sleeve. The eerie “Spaceship” with Sheck Wes sets itself apart through the duo’s hushed deliveries and Frank Dukes’ warping synths. “After Party” channels the bells of Sheck Wes’ “Mo Bamba” (though less bombastic) that contrasts well with the flat saxophone portion of the beat. It’s a little taste of creative structure, something missing from its neighbouring tracks.

The best songs of Heaven or Hell are enjoyable but refuse to unlock maximum potential. Toliver often lingers round the same few melodies that ultimately prevent these songs from becoming addictive. “Wasted” is delivered over a sugary beat and a pretty hook, but doesn’t do enough to be left on loop.

Similar goes for “Cardigan”, the highly-anticipated track previewed on Travis Scott’s Look Mom I Can Fly documentary. Once the hook is heard the song feels complete, as the rest of the track leaves nothing else to stick around for. “Had Enough” is reused from the JackBoys compilation, though it is one of the more memorable cuts until Quavo spoils the party with the flow that has been the downfall of himself and the Migos.

“Euphoria” is another song failing to unlock its potential. Kaash Paige and Travis Scott deliver the flattest of auto-crooning to assemble a robotic love song. The production and hook are void of a sticky melody. Newsflash to listeners; Auto-Tune doesn’t automatically equal a melody.

Toliver avoids any abysmal moments, though personifies the underwhelming impression. Heaven or Hell simplifies the Travis Scott formula to its bare bones, lacking to deliver on its advertised concept, imaginative ideas or memorable melodies. Don Toliver can do and should do better in his next effort.