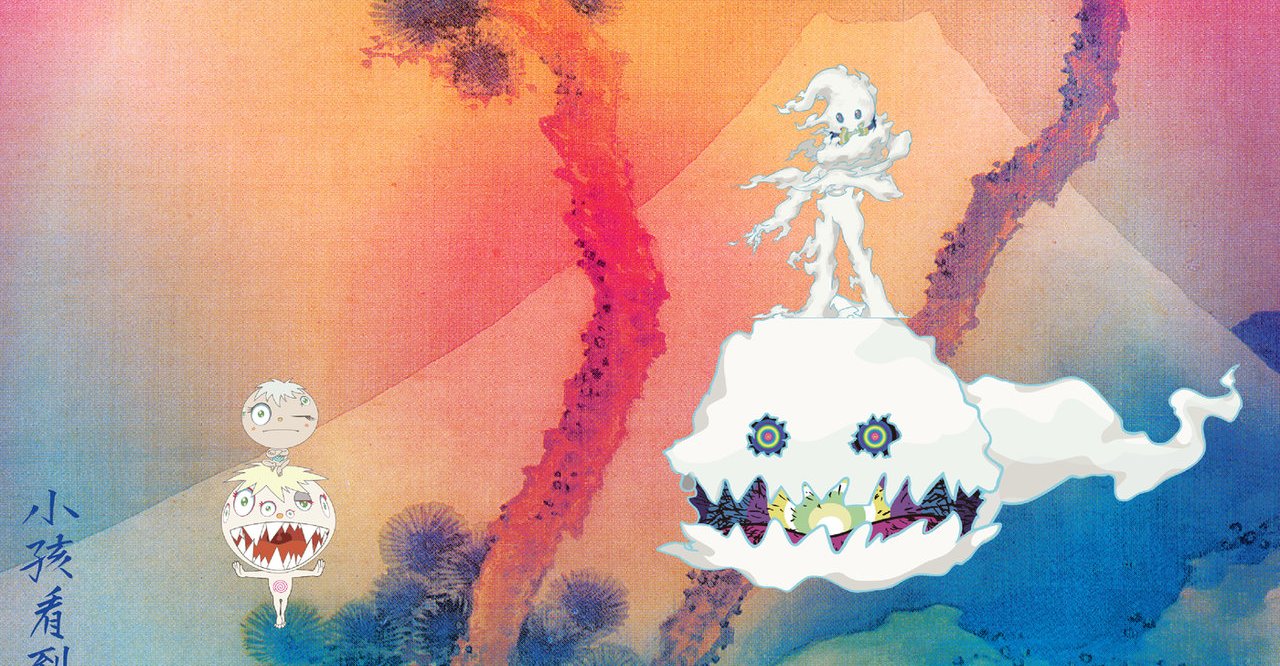 The GOOD dream collaboration is a triumphant display of chemistry from artists who know each other inside out.

We’ve seen an invasion of half-hearted collaborative projects post–Watch the Throne, with the biggest names in hip hop such as Drake & Future, Future & Young Thug, 21 Savage & Offset and Travis Scott & Quavo all joining forces. Although decent in patches, the majority of these releases lacked the creativity and impact that one expects from such star-studded pairings. But Kid Cudi and Kanye West have a long collaborative history, dating all the way back to 2008’s 808s & Heartbreak on which Cudi loaned his lamenting, genre-blending flair of emo rap to accomodate Kanye’s musical expression inspired by the loss of his mother. His artistry continued to impress Kanye, as Cudi has gone on to appear on every succeeding Kanye album, unlike most GOOD Music artists Kanye utilised temporarily. There’s clearly something about collaborating with Kid Cudi that brings out the best in Kanye, spawning timeless tracks such as “Gorgeous”, “Welcome to Heartbreak”, “Father Stretch My Hands”, “Guilt Trip” and “Waves”. With such a robust assortment of masterpieces it’s surprising that a collab album has taken this long to manifest, ten years after initially working together.

Based off this impressive track record, Kids See Ghosts should be able to display an unmitigated amount of chemistry. The glaring issue when evaluating the album pre-listen is that it has manifested during the lowest creative peaks of both Cudi’s and Kanye’s careers. In Cudi’s end of the park, his relevance has been on the decline ever since 2010’s Man on the Moon II. His distaste for the mainstream spotlight, drive for musical experimentation and loner persona is what’s stopped him from maintaining his position at the top of commercial rap, not to mention the personal struggles that have always haunted him. Kids See Ghosts is a chance to see where Kid Cudi is at mentally and to capture the magic of his earlier work, which was unsurprisingly when he was at his closest with Kanye.

There’s also the consideration of the format of ‘Project Wyoming’ where every album out the GOOD Summer cycle is 7 tracks and 20 minutes long – the length of an EP – and the worry of releasing an ‘unfinished’ album in the particular case of Ye being shuffled and recreated in the space of a few weeks (to the point where it was narrowly completed hours before release). Despite these worries, there’s still the hopes by fans that Cudi can return to form and Kanye can bring his A-game to the table.

On Kids See Ghosts, less is definitely more. Cudi is rejuvenated and Kanye is focused, reaffirming why their alliance was the catalyst for a hip hop renaissance. It is Kanye’s most experimental project since Yeezus, featuring a broad palette of stylistic ingredients that has given us Kid Cudi’s best album since Man on the Moon II.

Normally at the centre of attention, Kanye serves as hypeman for Cudi, orchestrating the direction of each song while sprinkling some of his best verses in recent years – and perhaps topping April’s “Lift Yourself” for his most head-scratching performance. The opening track “Feel the Love” is a thumping, synth-heavy anthem that boasts one of the album’s many mantras (“I can still feel the love”). After Cudi’s chorus, Kanye bursts into an idiosyncratic rush of onomatopoeia. The ridiculous sounds can be likened to the gunshots of Michael Dapaah’s “Man’s Not Hot” or even Michael Jackson’s scatting on “Remember the Time”. It’s witless, but oddly enjoyable; you can feel Kanye’s energy, something that was lacking on Ye.

What’s particularly noticeable about Kids See Ghosts is the reciprocal influence of both artists on each other. Cudi’s passion for grunge and rock is prominent all over the album (“Fire”, “Freeee”) while Kanye brings his obscure sampling prowess for Cudi to spit over on “4th Dimension”. These tracks are able to pull off what Kid Cudi was attempting on Speedin’ Bullet 2 Heaven in a way that’s polished and pleasant to the ear. The rock influence is paired with Cudi’s usual hums and deep singing on the same songs, giving fans the best of both worlds when it comes to Cudi’s experimentation and the earlier work he’s adored for.

“4th Dimension” is the moment of the album that sees Kid Cudi entering Kanye’s realm. The marching beat led by a Christmas song sample from the 1900s sees both artists straight rapping and West bringing the humour he’s known for (“She said I’m in the wrong hole, I said I’m lost”). It’s a zone we’ve not heard Kanye or Cudi in for eight years, a genuine breath of fresh air.

In fact, the impressive rapping is scattered all over Kids See Ghosts. West has not rapped this competently since Watch the Throne, and Cudi since Indicud. No lines are wasted, adding another layer to why Kids See Ghosts excels.

The subject matter of Kids See Ghosts is not something to overlook either. From start to end, the lyrics of the duo stress the importance of overcoming your problems and maintaining optimism. Both artists, particularly Kid Cudi, have gone through serious battles with mental health. Cudi, although not given his full credit, was one of the first rappers to incessantly touch on mental health in hip hop, arguably one of the forefathers of what we now call “emo rap” emerging out the SoundCloud realm.

Although it’s not the title track, “Reborn” is the theme song of Kids See Ghosts, bringing Cudi back to his Man on the Moon days. Cudi’s wailing is as infectious as ever, driving the track’s crescendo of emotion. It would have fit snuggly into the now-extinct Man on the Moon III. The classic Cudi feel boasts another positive mantra – “Keep moving forward”. West’s verse provides a necessary insight into his recent mental struggles, a topic that was nowhere near explored as appropriately on Ye.

“Reborn” symbolises what fans have craved from Kid Cudi for eight years and is an important statement of looking ahead in times of trouble. Though most of the album is structured around repetitive hooks, the lines on “Reborn” are incredibly powerful and transparent. One of the most bold lines on the song – “Peace is something that starts with me” – is a message everyone should hear and inherit.

The closing song, “Cudi Montage”, continues the theme of positivity alongside Kanye’s strongest verse of the year, who discusses the repercussions of gun violence through refreshing wordplay equipped into a clear statement (“Both sides lose somebody – somebody dies, somebody goes to jail”). This is a side of Kanye that was absent on Ye and hasn’t been heard since Watch the Throne, proving Kanye really was in his element for this album.

Kids See Ghosts is a colourful album full of personality and positivity. Both Kanye West and Kid Cudi switch their thick, bristled brushes for thinner and finer strokes, taking influences from each other in the way a collaborative album should. The airtight tracklist leaves no room for errors or skippable songs; every track supplies remarkable musical arrangement and memorability. Kids See Ghosts is experimental yet fundamentally rooted in the craft of the artists. With enough positive messages to last the rest of the year, Kid Cudi and Kanye West can safely declare that they are truly reborn.