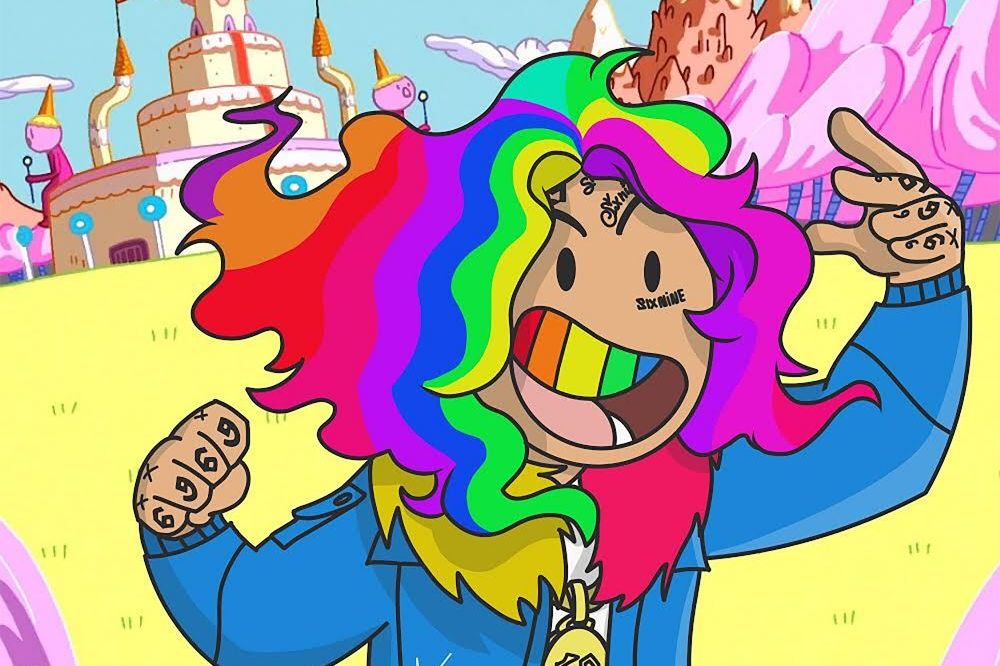 6ix9ine’s debut project sticks to his style but struggles to avoid the redundancy.

Controversial American rapper 6ix9ine came out of nowhere in late 2017, becoming the latest odd-looking trap rapper to attain mainstream success. I tried to ignore his come-up, but he managed to grab ears thanks to his debut single “GUMMO”. It’s true that his career has thrived off controversy, whether that’s thanks to totally outmanoeuvring his fellow colourful-haired rappers by adding the whole spectrum in, his legal issues, or his recklessness on social media. Amidst all that, 6ix9ine is out to prove that he’s not a one-hit wonder.

6ix9ine’s style is clear; aggressive, borderline-shouting delivery over punchy trap beats surrounded by repetitive, loose song structure and lyrics that reflect his gang-banging lifestyle. With that in mind, the mixtape’s summery cover art juxtaposes the aggressive content of the mixtape itself impressively. However, that’s practically all you get on DAY69 for 11 tracks straight, with there being more misses that hits.

Just like many of his SoundCloud peers, 6ix9ine’s songs barely surpass the 2-minute mark. This works in his favour for the standout tracks of DAY69. The tracks already lack ideas, so they don’t overstay their welcome. Lead single “GUMMO” is an undeniable banger thanks to Pi’erre Bourne’s production, particularly for the blaring horns in the B-section of the beat. 6ix9ine’s delivery may be excessive, but adds a sense of energy that compliments the beat well. “KOODA” is the peak of the mixtape’s high intensity where 6ix9ine provides memorable flows and lines that display his dark, violent nature the best. “KEKE” uses a beat that is practically the sunnier version of “KOODA”, but is equally as catchy and memorable.

“RONDO” follows suit in similar fashion, essentially sounding like a strip-club anthem that can be likened to G-Eazy’s “No Limit”. Tory Lanez feels right in place on the hook, but Young Thug is an unnecessary inclusion who didn’t fit the direction of the song. The opening track “BILLY” can be likened to the superior “KOODA” in terms of intensity, but that’s only thanks to the beat. Compared to aforementioned tracks, 6ix9ine’s delivery on here is irritating and excessive.

From track 5 onwards, the redundancy becomes clear as day. For the rest of the mixtape you are left with simply inferior versions of the tracks released as singles. “DOOWEE” is incredibly reminiscent of XXXTentacion’s own punk-rap style, while the repetition on “BUBA”, “MOOKY” and “CHOCOLATÉ” is plain annoying. These songs provide no memorable hook that gave the replay value to “GUMMO” and “KOODA”.

The “GUMMO” remix featuring Offset is the most forgettable track of the lot. Offset was the wrong rapper to pick for the remix, whose languish delivery adds nothing to the track. A posse cut featuring rappers in the same stylistic lane, such as XXXTentacion and Lil Pump, would have benefitted the remix better.

If you’ve heard the singles, you’ve practically heard the whole mixtape. Only the singles are worth playing in rotation. The remaining songs are covered in redundancy that are trying their best to live up to the quality of the singles. DAY69 has proved that 6ix9ine’s style is enjoyable in moderation, not in abundance.