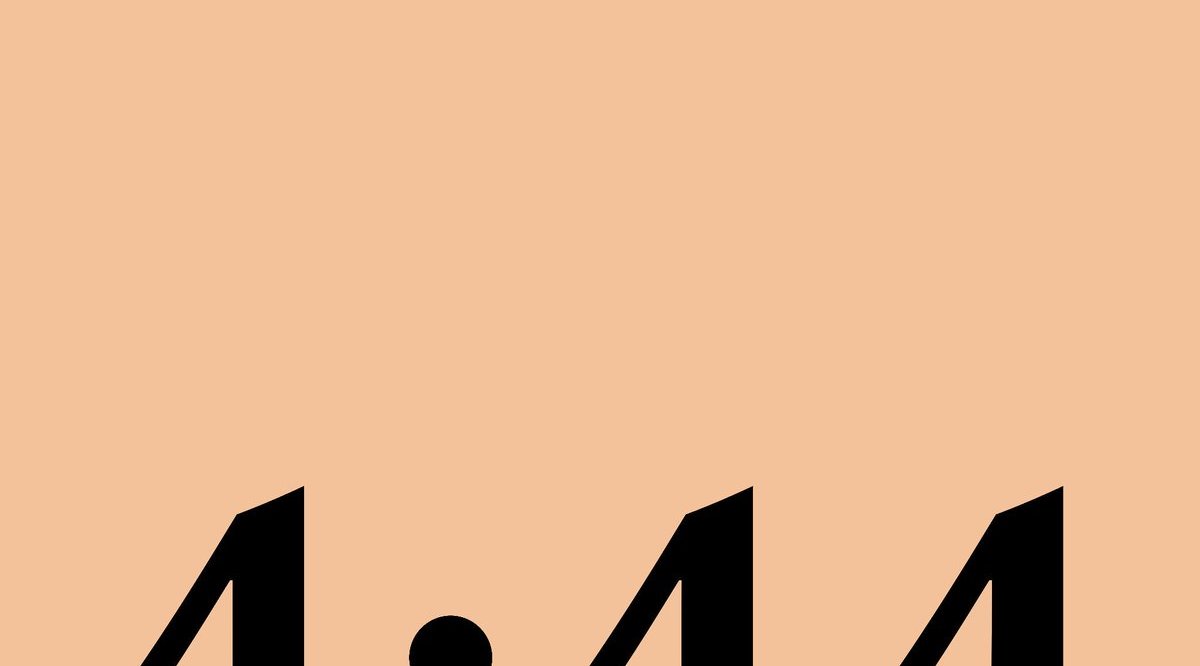 Jay-Z puts out his most personal album to date.

It’s been a while since Shawn Carter’s last album. Magna Carta Holy Grail came out in 2013, which was a mixed bag of tracks rather than a focused project. Jay was lyrically lazy on the album, but that’s probably what happens when you’re not a businessman, you’re a business, man. With that previous project in mind and numerous social and personal events that have occurred since then, Jay had to come through this time – and he most certainly did.

Jay brought the heat on 4:44. Firstly, the MC adopted the old-fashioned album tactic of having one producer produce the entire album. No I.D., one of the most prolific producers in hip hop history, provides immaculate beats that are all sample-based, ranging from samples from The Fugees to Stevie Wonder to Nina Simone. No I.D. chops up the samples with incredible precision, the most prominent examples being title track “4:44”, on which the chopped up looping vocals contribute significantly to the song’s emotional prowess. The sampling fits Jay’s lyrical ability perfectly. “Bam”, the banger of the album, follows a similar production tactic but creates a more energetic sound. Plus the more soulful sampling on tracks like “Smile” and “Marcy Me” are equally effective in maintaining that feeling. The fact that hip hop originated through the basis of soul sampling is a vital detail to know when you realise how distant current hip hop music has become from its foundation. No I.D. brings it back to basics. It results into a refreshing, polished and consistent sound from a Jay-Z album across the mere 10 tracks.

What’s even more satisfying than the sampled beats is its pairing with the genius lyricism by Jay-Z. Besides Kendrick Lamar and Raekwon there has been no other notable lyrical masters putting out projects this year. On 4:44, Jay brings the wordplay in typical Jay fashion through his relaxed delivery. On “The Story of O.J.” he connects six bars together to masterfully paint a picture of his business-minded brilliance. Want to know how to become successful? Sign up to TIDAL for ten dollars where all of Jay’s catalogue filled with his wisdom is exclusively available on. Can’t knock the hustle.

Y’all on the ‘Gram holdin’ money to your ear
There’s a disconnect, we don’t call that money over here

The one-liners appear on every track, like on the Beyoncé-collab “Family Feud” (“My wife in the crib feedin’ the kids liquid gold / We in a whole different mode”), (“We merrily merrily eatin’ off these streams”). The head-banging “Bam” makes you smirk with its witty lyricism and double entendres (“I can’t take no threats, I got a set of twins”), (“Gotta remind these fools / Who they effin’ with, and we got FN’s too / Before we had A&R’s, we had AR’s too”). Then there’s the incredibly condescending “Moonlight”, mocking the generic lyrics and self-snitching that occurs in modern rap (“Y’all fuck the same fuckin’ chicks / I’m in the skrt with ya—yeah, right / I’m the skrt with ya—cool story”). Within the wordplay Jay merges his usual braggadocio with real statements and commentary. This aids him in achieving the lyrical transparency that we have rarely seen from Jay in his career. For the lyricism alone 4:44 is very impressive.

4:44 earns its status as Jay’s most focused album due to its carefully selected lyrical topics. On every song Jay sticks to a concept, such as praising his mother on “Smile”, referencing the Solange incident (even though that’s slightly outdated by this point), highlighting black excellence (“The Story of O.J.”, “Legacy”), responding back at Kanye on the opener “Kill Jay Z” or even addressing his infidelity to Beyoncé head-on (“You almost went Eric Benét / Let the baddest girl in the world get away”), not holding back to show the world how ashamed he feels. It’s rarely you hear Jay-Z be this consistent when it comes to sticking to a lyrical topic throughout an entire album because the majority of his career has been moulded around mafioso rap and braggadocio lyrics.

The only criticism could be that the album begins to lose some memorability towards the end, mainly the final two tracks “Marcy Me” and “Legacy”, both of which come and go, but are by far not bad tracks. Maybe some more interesting production could have heightened their significance to compete with the more attention-grabbing tracks in the first half of the tracklist.

He gave you 20 minutes on stage, fuck was he thinkin’?
“Fuck wrong with everybody?” is what you sayin’
But if everybody’s crazy, you’re the one that’s insane

With the combination of the production, the lyricism and song concepts, 4:44 is a highly refreshing Jay-Z album and a refreshing hip hop album in the context of 2017 rap. While the new age of rap continues to evolve, Jay continues to prove why he’s a legendary veteran MC who doesn’t have to conform to musical trends. Overrated? No way.