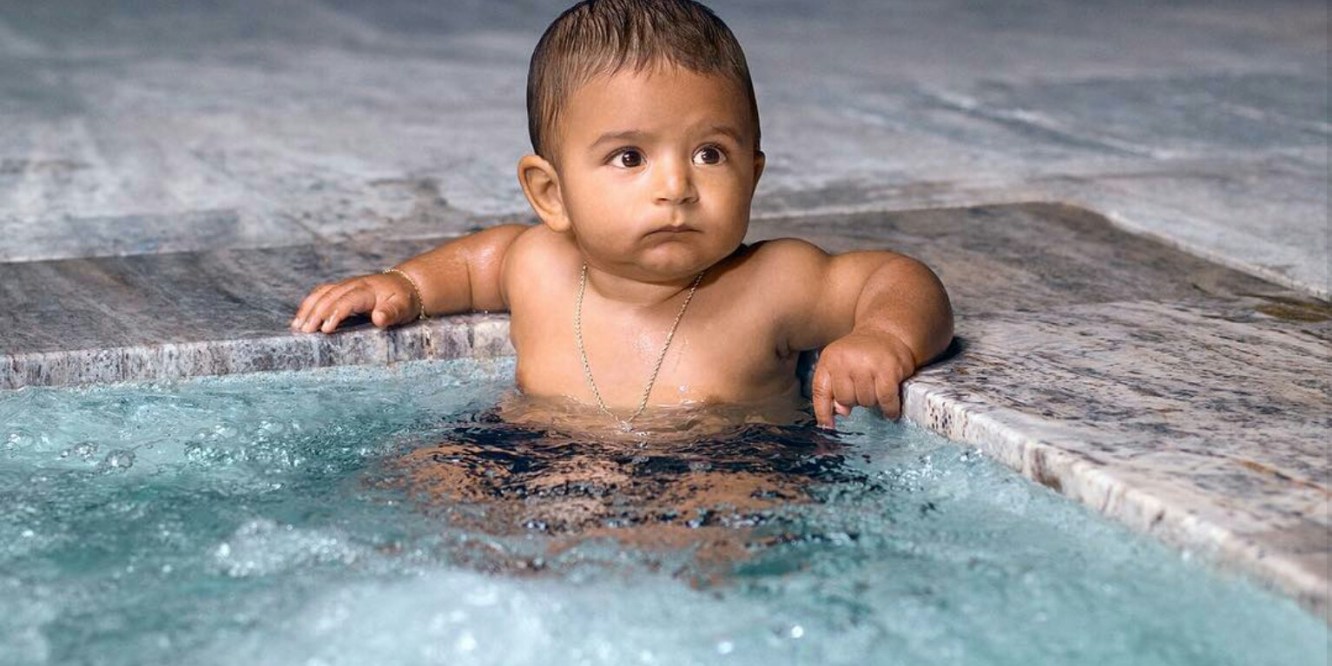 Khaled’s tenth album proves to be more lacklustre than expected.

Grateful – presented as a monumental offering with poster boy ASAHD – is chock-full, chock-full of standard, forgettable DJ Khaled album filler. Like I said a few weeks ago when the tracklist came out, the quality of material does not justify the 23-song track listing in the slightest. Grateful follows the same Khaled formula that all his albums have followed, except it takes one step back from the decent Major Key, his best album to date.

Khaled always ensures that he puts out the small handful of quality songs as the singles and then leave us to sit through the filler. That said, the incredibly hyped-up “Wild Thoughts” turns out to be nothing special, nor is the ‘song of the summer’. The beat is practically non-existent, especially at the verses where it’s a repetition of the six notes from “Maria Maria”. Just because Rihanna is on it doesn’t automatically make it great. It’s a decent track in comparison to the rest of Grateful, but the level of hype around it upon release set my expectations high. And oddly, “To the Max” with Drake isn’t even on the album anymore – maybe because it flopped?

From the first half of Grateful there’s a couple joints that I end up liking. Out of all the bullshit pop features that Travis has been doing lately, “Don’t Quit” turns out the better of the lot. It’s generic, yet relatively catchy. But I don’t see longevity within the song staying on my playlist. While Travis dominates “Don’t Quit” vocally, he appears out of place elsewhere on the album. Khaled’s job is to be a musical curator, so with all the years of experience under his belt it’s surprising how inorganic the shit sounds. Along with that there’s something notably off about Travis’ autotune over the basic hooks, particularly on “On Everything”. He takes the role of hook provider, like Khaled’s trying to make him the new Quavo or Swae Lee. I’d prefer if Travis sticks to verses rather than hooks. However that’s the only downside to the song, as the beat to “On Everything” goes hard and Big Sean snaps on it. It might just be my favourite Sean verse of his career, and Rick Ross ain’t too bad on it either. Amongst all the trash surrounding it on the tracklist it was hard to like initially. From this point on things take a toll for the worse.

My most anticipated track, “It’s Secured”, is a total mess. Travis and Nas show zero chemistry. It’s clear they were chucked together unnaturally. Nothing about the track fits, especially the Nas verses which sound off-beat at numerous stages. These problems continue to show up throughout the first 3/4s of the album. And of course it’s not a Khaled album without the R&B-rap posse cut (“Hold You Down”, “Do You Mind”, etc.) – “Down for Life”. There’s a bunch of stars on here, like PND, Travis, Ross and Future, but it’s another copy-and-paste R&B collab which we’ve already heard trillions of times before. Chance is talented, but “I Love You So Much” is extremely cringy.

It takes till track 13 to show another sign of salvaging a precious item from a sinking ship. “Major Bag Alert” is saved through the natural chemistry between Offset, Takeoff and Quavo, even though the beat is nothing special. It’s enjoyable, yet the downside of the track is astonishingly Quavo. The delivery on his hooks have started to become painfully one-dimensional. Takeoff and Offset on the other hand come through on their respective verses.

Aside “On Everything”, the best moments on Grateful arrive on the straight hip hop tracks. There’s always a couple of these on every Khaled album (“Hip Hop”, “Don’t Ever Play Yourself”) on which the real MCs show up. So Pusha T and ‘Kiss don’t fail to impress as they rap over the soulful beat. Straight after there’s the similarly-fashioned “Billy Ocean” with Fat Joe and Raekwon rapping over the piano-toned instrumental. Raekwon comes across as smooth as ever and I’m annoyed as fuck because the Nas verses from earlier would have fit perfectly on this joint. It provides a breath of fresh air after thirteen consecutive pop-trap piles of trash. Well done ASAHD on these ones.

[Verse 3: Jadakiss]
You portraying other individuals
Me, I’m just weighing my residuals
From where success is the bare minimal
You a rapper, I’m a criminal

From this point on Grateful continues to end on a decent note. The Future and Yo Gotti track “That Range Rover Came with Steps” goes kinda hard (“Fucked the DA on the way here / I made some millions on the way here” 🔥). Can’t help but feel a Kendrick verse woulda fit well here. “Whatever” comes across as the most natural cut of the lot as Future sings a memorable hook and Thug, Chainz and Ross provide decent verses over a twinkling beat. But will I be listening to these tracks in 3 months time? Highly doubt it.

I ain’t blaming ASAHD for this mess though. His mastermind was clearly not utilised to its full potential. Khaled was only using him as a promotional tool and to get the big features.

In conclusion, it’s become clear that Major Key was an anomaly. Thank you Khaled for making me sit through 90 minutes of hot trash. Better luck next time.

Favourite tracks:  “Good Man”, “Billy Ocean”, “On Everything”, “Whatever”