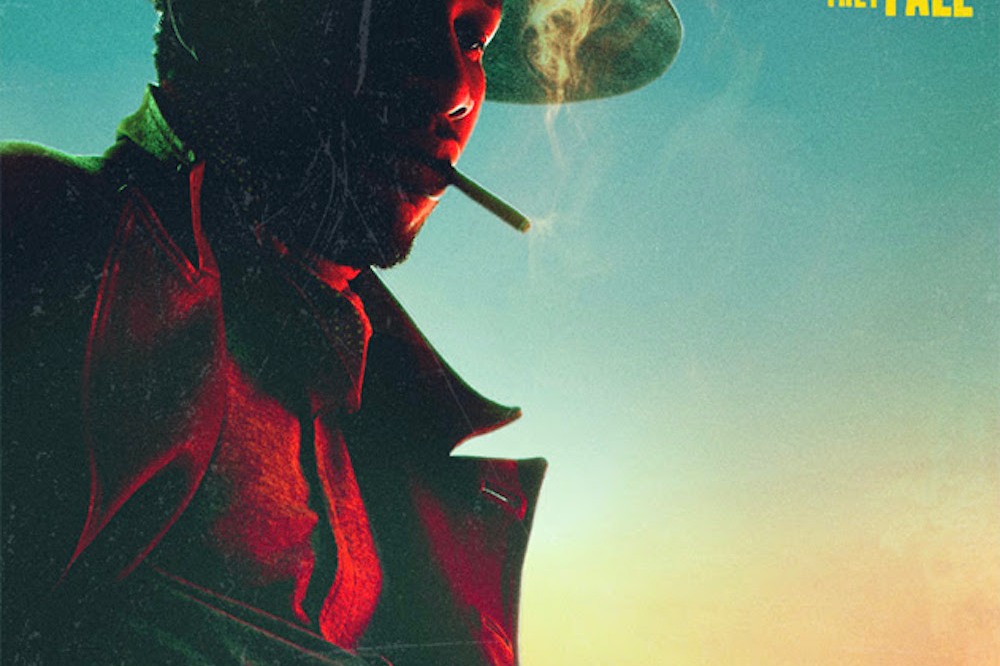 Channelling an authentic Spaghetti Western feel, The Harder They Fall soundtrack is in matrimony with the vision of the film, doubling down on authentic representation through its motley palette of artists.

Movie soundtracks can often feel forced; a compulsory item on the Hollywood checklist. But with hip hop royalty Jay-Z co-producing The Harder They Fall, some curation for its soundtrack is befitting. Directed by Jeymes Samuel, The Harder They Fall takes a spin on American Western film, casting Idris Elba, Regina King and LaKeith Stanfield to portray real-life, historic black figures. Its soundtrack is spearheaded by Samuel and Jay-Z, both also laying vocals on tracks amongst Kid Cudi, Lauryn Hill, Barrington Levy, Ceelo Green, Koffee, Jadakiss, Conway the Machine, Backroad Gee and more.

The Netflix film’s soundtrack pledges allegiance to the Western world, focused on making fitting music that will escort the plot.

The soundtrack presents various genres that stay true to the artists involved. Hip hop, reggae, dancehall and orchestral production make an appearance, but never get lost in their sequencing. Jamaican singer Koffee takes control of the standout title track, a moment of motivation written directly with the film in mind. Reggae royalty Barrington Levy assists on “Better Than Gold” and the remix to his 1985 track, “Here I Come”. It is thanks to the involvement of these artists that make for golden moments, not merely plucked for commercial appeal.

The Harder They Fall wisely takes heed of when to collaborate, and when not to. It is no wonder a majority of the soundtrack is made up of solo songs (Koffee, Barrington Levy, Alice Smith, Seal, Ceelo Green). However, when the collaborations do appear, they are to the benefit of the record. An ensemble of Jay-Z, Jadakiss, Conway the Machine and British rapper Backroad Gee perform “King Kong Riddim”, a song which features commendable verses from the New York trio. But it is Backroad Gee who steals the spotlight with his standout hook, employing his attributed delivery and inflections (“Gorilla in the jungle, man I don’t sing song / Bang my chest up, my name King Kong”).

On a greater note, such a cross-continental collaboration like “King Kong Riddim” has never been seen; not just in the case of its names, but its placement on a major motion picture soundtrack. Rapidly transitioning from a newcomer to a global star, Backroad Gee has made history more than the public may realise.

Kid Cudi and Jay-Z unite for their first collaboration since 2009’s “Already Home”. Their track “Guns Go Bang” is an example of how the soundtrack upholds Western context, from the production to the writing, it makes a statement to be the de facto face of the soundtrack. Lauryn Hill combines with Malian artist Fatoumata Diawara on “Black Woman”, laying both sung and rapped vocals to routinely grab the listener’s ear with her rebellious lyricism.

Deeper cuts ensure a tender touch to the soundtrack. Ceelo Green goes above and beyond on the incredible “Blackskin Mile”, never stagnant in its gripping progression. Alice Smith’s “Wednesday Child” and The Bullit’s “No Turning Around” are as downtempo as the music gets with their nimble piano and lavish strings; tracks that are evidently produced for particular scenes. Yet they are no less significant within the soundtrack itself.

To its benefit, The Harder They Fall soundtrack is not a trendy effort pandering for hits. It consciously succeeds in compiling tracks representative of the movie that also mesh as an album. Measured and appropriate, just how a soundtrack should be.